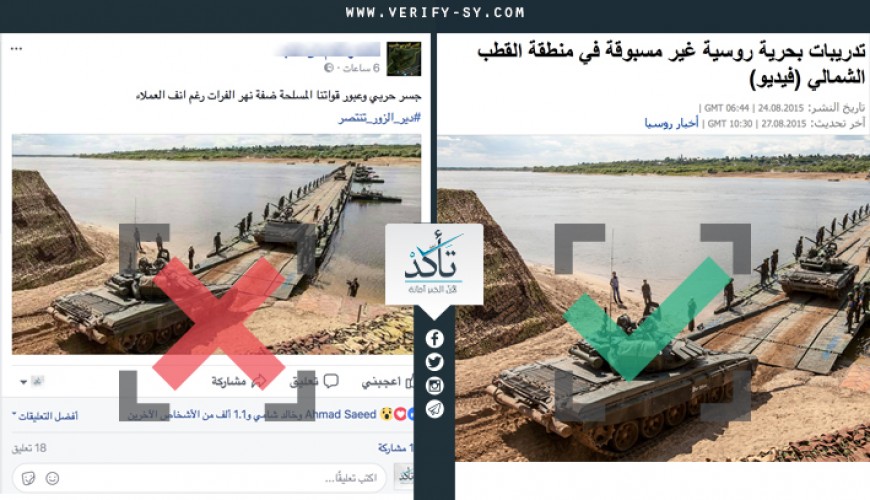 This photo is not for a military bridge ib Deir Ezzor

Verify-Sy searched for the source of the photo and turns out it's old and not in Syria, according to Russia Today the photo was taken on 24 August in 2015 and titled " Russian navy drikk in North Pole" and said in the description it's for engineering battalion set up a military bridge.