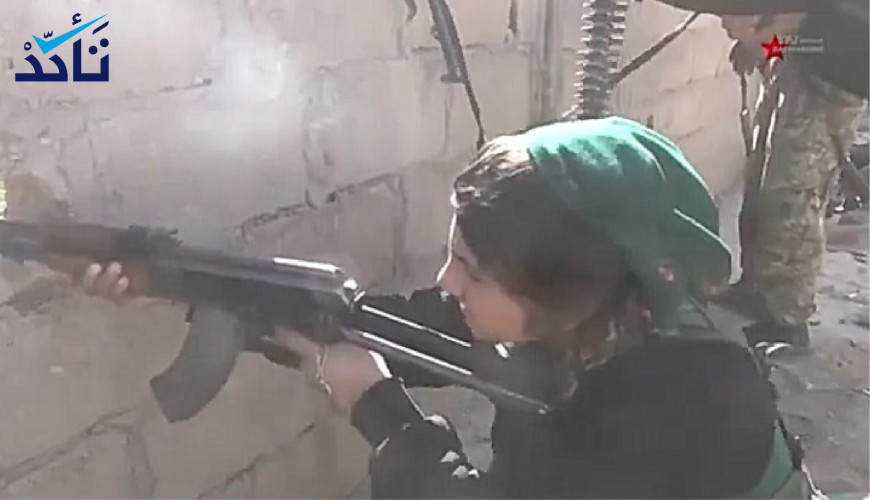 This Video Was Taken in Deir al-Zor, Not in Ra's al-Ayn

Pro-Syrian Democratic Forces (SDF) Facebook pages have posted a video Wednesday, claiming that its shows heavy clashes between the SDF and the Turkish forces in the city of Ra's al-Ayn northeast Syria.

A page called "Nûçyeyĕn Êzidiyyan" has claimed that the video sows clashes between the SDF and Turkish soldiers in the Ra's al-Ayn area; the video has gone viral with around 1 million views and hundreds of shares. Other pages have also circulated the video without verifying it. 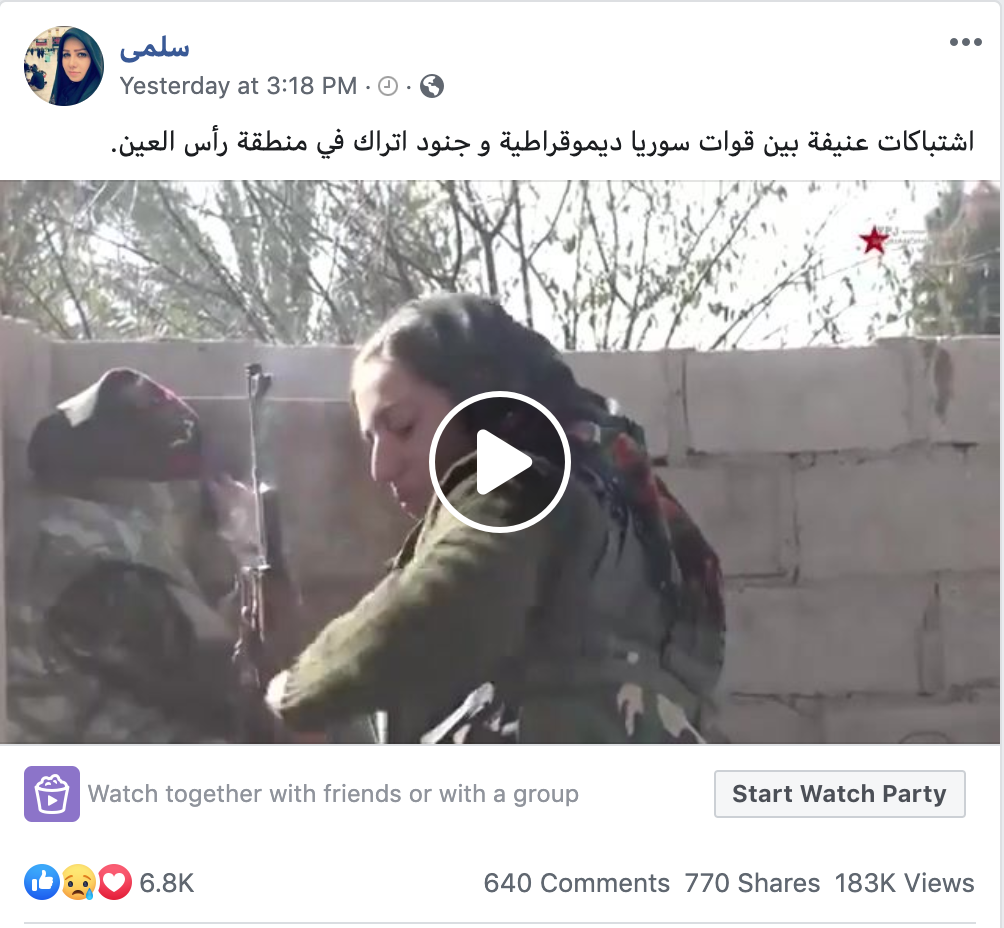 Verify-Sy platform searched for the original video and found that it is an old one; it shows clashes between the Women's Protection Units (YPJ) of the SDF and the ISIS organization in Deir al-Zour's countryside.

SDF Media Center posted the video on YouTube around 9 months ago on January 25.

Since launching the Turkish military campaign east of the Euphrates, many misleading videos were circulated and picked-up by media organizations.

The clashes between the SDF on the one hand and the Turkish forces and the Turkish-backed National Army on the other hand continues in several areas, most notably the city of Ra's al-Ayn and its surroundings.