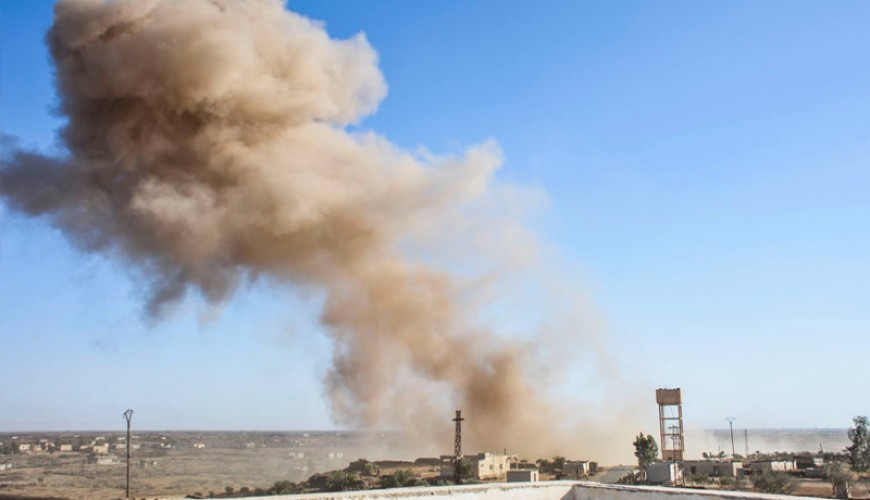 Video publishers said the video was taken in an agriculture area over a building showing airstrike on al-Sousa town in Deir Ezzor eastern countryside.

Following reverse-image search for the video by Verify-Sy it turns out it was published on pages and personal accounts as airstrikes targeted Hama eastern countryside.

The local activist in Hama eastern countryside said he saw 2 Russian warplanes flying around the area before launching airstrikes which scared civilians.