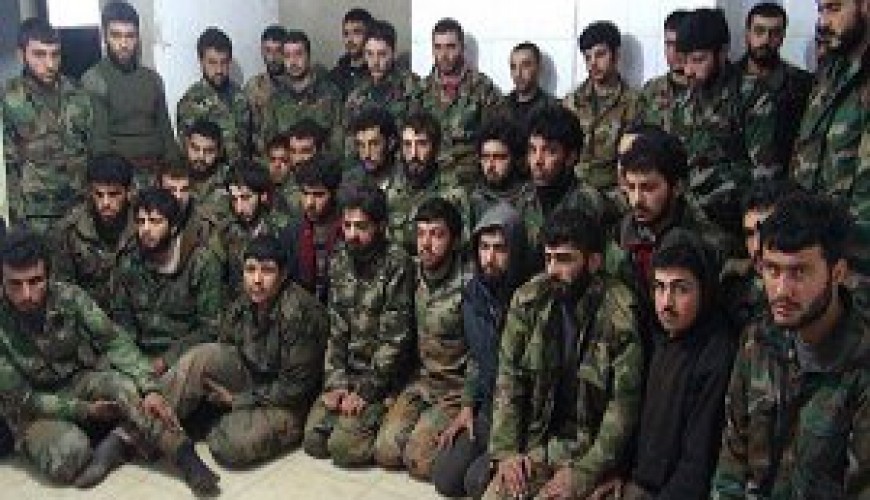 Pro-PYD news pages published yesterday a photo/graph of people wearing military uniforms, some of them on their knees.

The photo's publishers said the people in this photo were members of the Syrian armed opposition and had recently been captured by PYD gunmen.

During a reverse search conducted by Verify-Sy, turned out that the image indicated has been published on many news sites and blogs on the Internet since 2015.

Verify-Sy explains that the gunmen in the photo are members of the pro-Assad militias who were captured during their battles against the Syrian armed opposition in the town of Rettyan in the Aleppo northern countryside in February 2015.