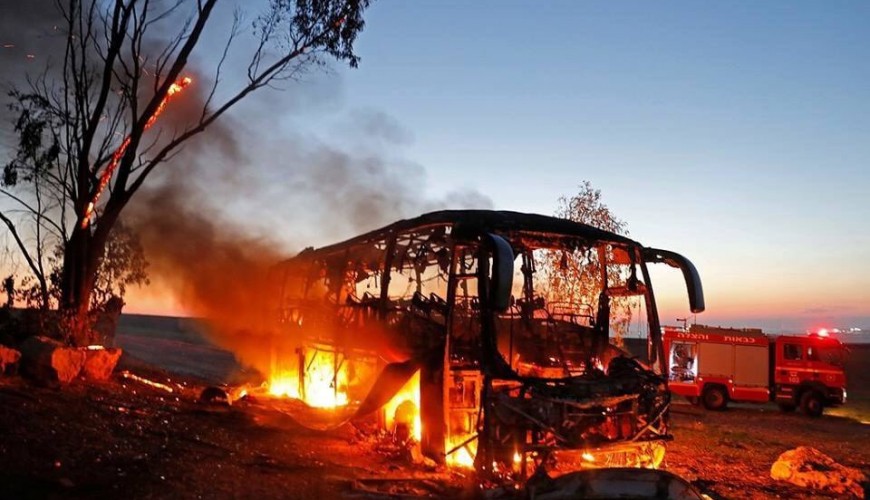 Pro-regime social media pages and personal accounts shared a photo of fire in a building at night and others shared a video of fire near two skyscrapers followed by a huge explosion.

The publishers said these are fire due to “accurate and direct hits” of missiles launched today at Israeli army positions.

Following a reverse-search by Verify-Sy, it turns out that the photo was taken in Tal Aviv of an explosion in a civilian building due to a gas leak in 2017.

The reverse-search also found that the video was posted on YouTube on 15 August 2015 of a chemical depot explosion in Tianjin city in China.