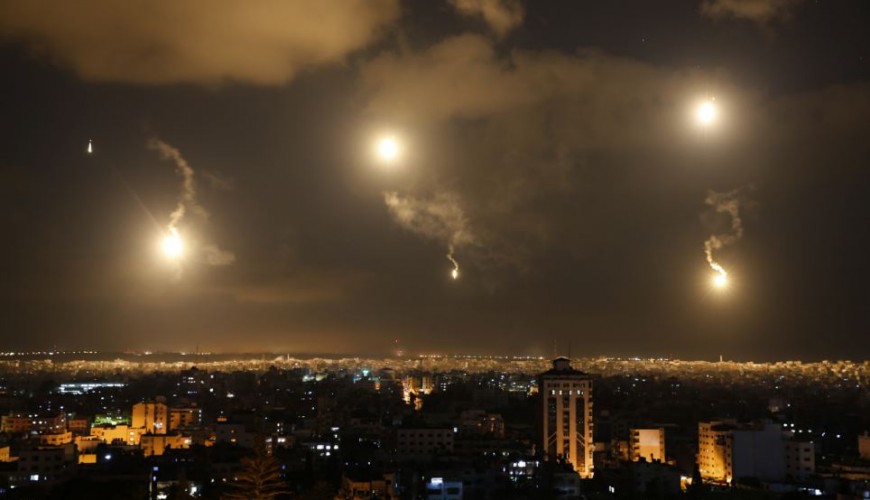 Social media news pages and personal accounts shared a photo showing what appears to be airstrikes on a residential area at night, the pages and accounts, including the account of AFP reporter in Damascus, said the photo shows Israeli airstrikes on Damascus on Monday. 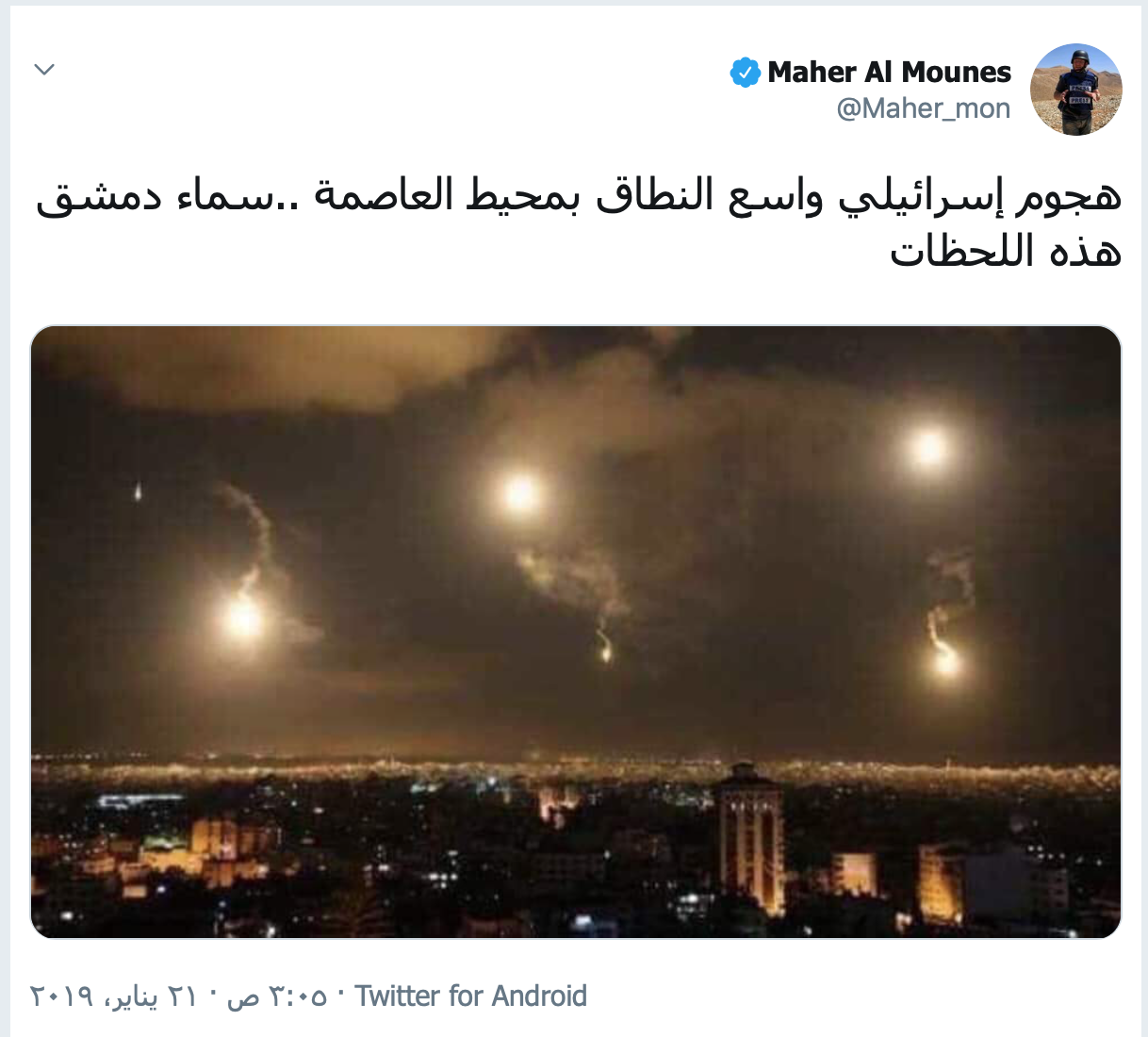 Following a reverse-search by Verify-Sy, It turns out that the photo, which shows flares and bombs in the sky, is old and from Gaza Strip during Israeli airstrike in 2014 and was taken by AP photo/grapher and shared by several international media outlets such as the Daily Mail.

IDF spokesperson Avichay Adraee said on his official social media account that Israeli army targeted IRGC bases inside Syria and we warn Syrian regime of trying to target Israel or our forces.

On the other side, Russian Ministry of Defence said Syrian air defence intercepted more than 30 Israeli missiles, adding that the airstrikes killed 4 Syrian soldiers and injured 6 others according to Russia Today website.

Worth to mention that local residents of Damascus confirmed hearing huge explosions on 1:10AM while others reported fire erupted in Mazze airbase.
Update​
AFP reporter in Damascus posted a correction to the image he had posted on Twitter.