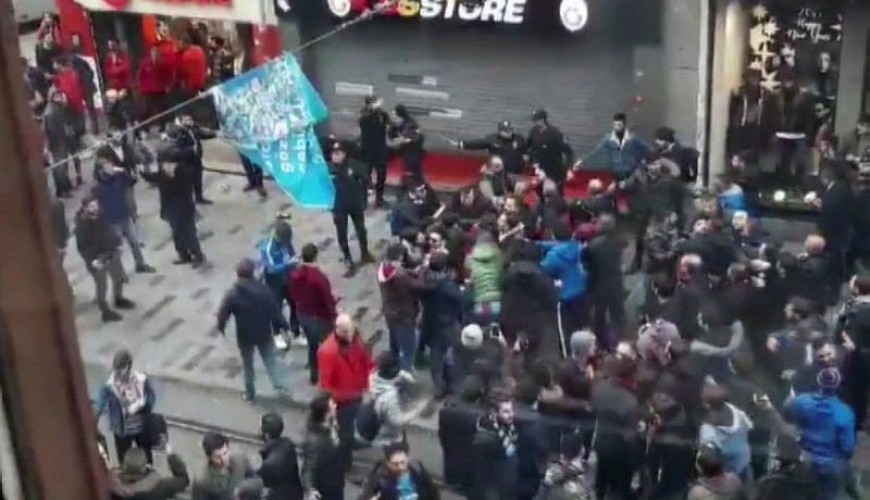 Social media news pages and personal accounts shared a video showing dozens of people gathering in a street while someone is talking in Turkish.

Verify-Sy searched for the source of this claim and it turns out that this video shows when supporters of Trabzon Spor club attacked a shop of Galatasaray football club in Istiklal street in Istanbul, hours before the match between Trabzon Spor against Besiktas which ended 2-2.

The girl in the video is saying in Turkish “it appeared something will happened today, they are closing the shop but what’s happening for who are inside it!”