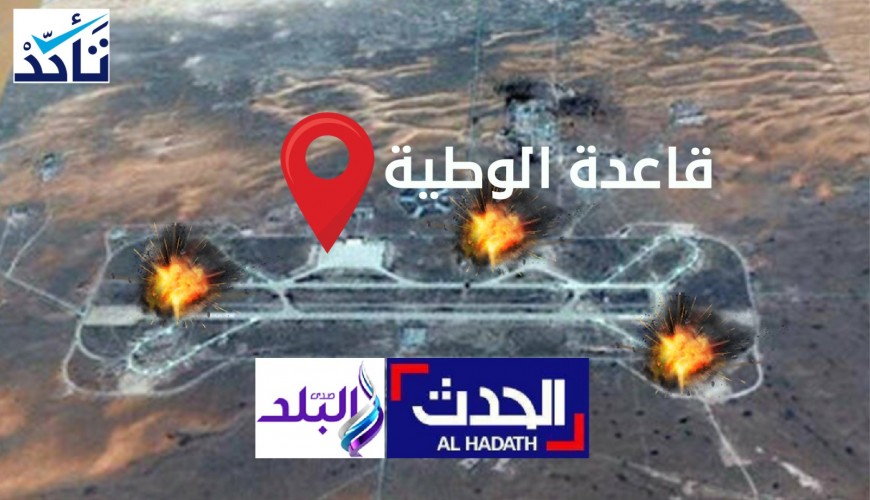 After the bombing of the al-Watiya air force base in Libya on Saturday, controlled by the Government of National Accord, miscaptioned videos were circulated and falsely attributed to the incident.

Libya's internationally-recognized GNA captured the air force base, situated near the Libya-Tunisia border, on May 18. The bombing reportedly damaged Turkish air defence systems.

Verify-Sy spotted four viral, miscaptioned (bombing) videos that were falsely attributed to the attack on the Government of National Accord (GNA)-controlled al-Watiya air force base in Libya. The sources of misinformation mostly support military strongman Khalifa Haftar, the commander of the Libyan National Army (LNA). 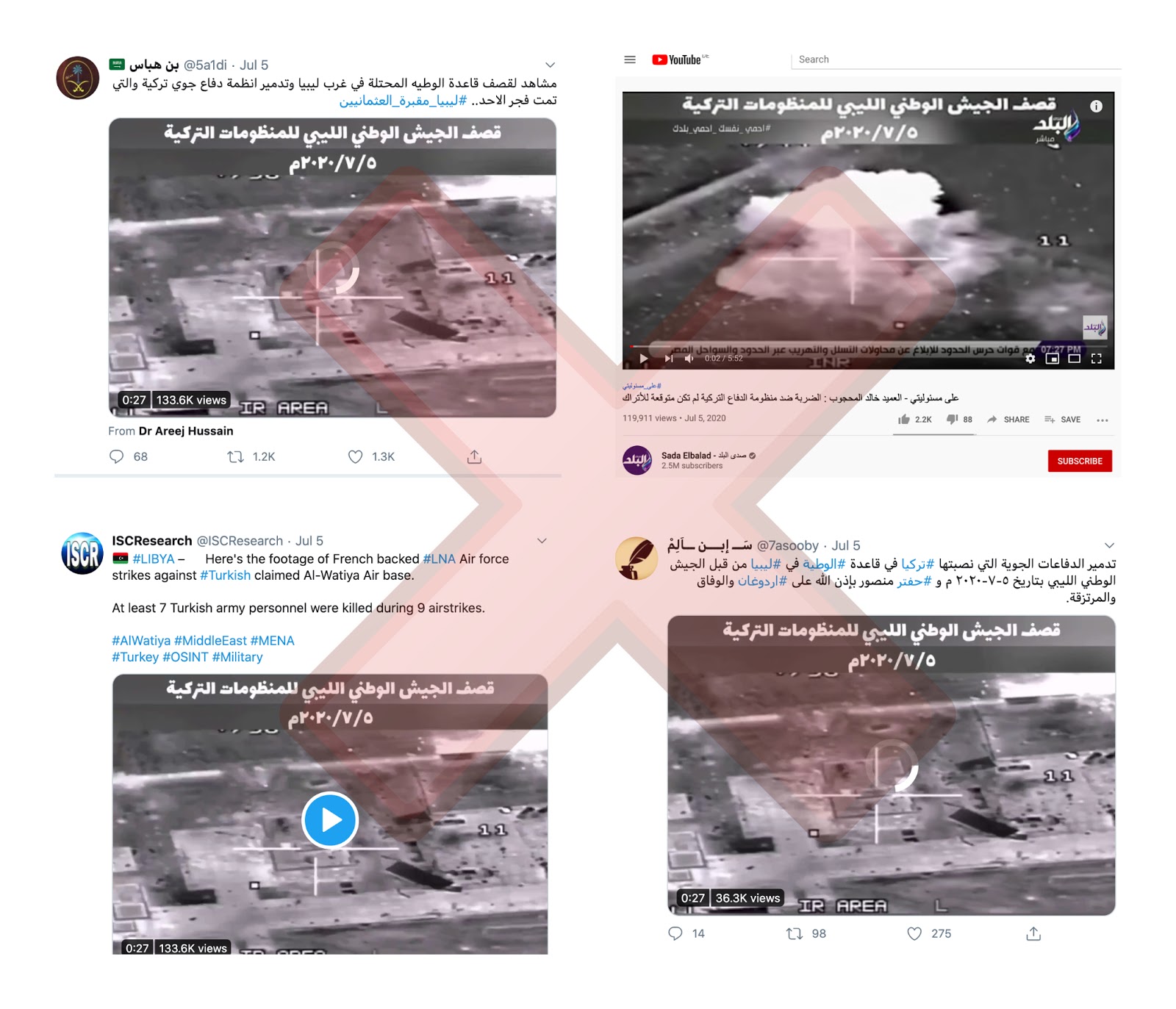 A reverse image search on Google, using screenshots from the clip, found results from May 2017 in coincidence with Egyptian aerial bombardment campaign on Libya’s Derna. Egypt’s defense ministry published the footage on May 27, 2017.

The footage shows flashes illuminated the landscape ahead of the cameraman. Sources that shared the false claim can be found here, here, and here. 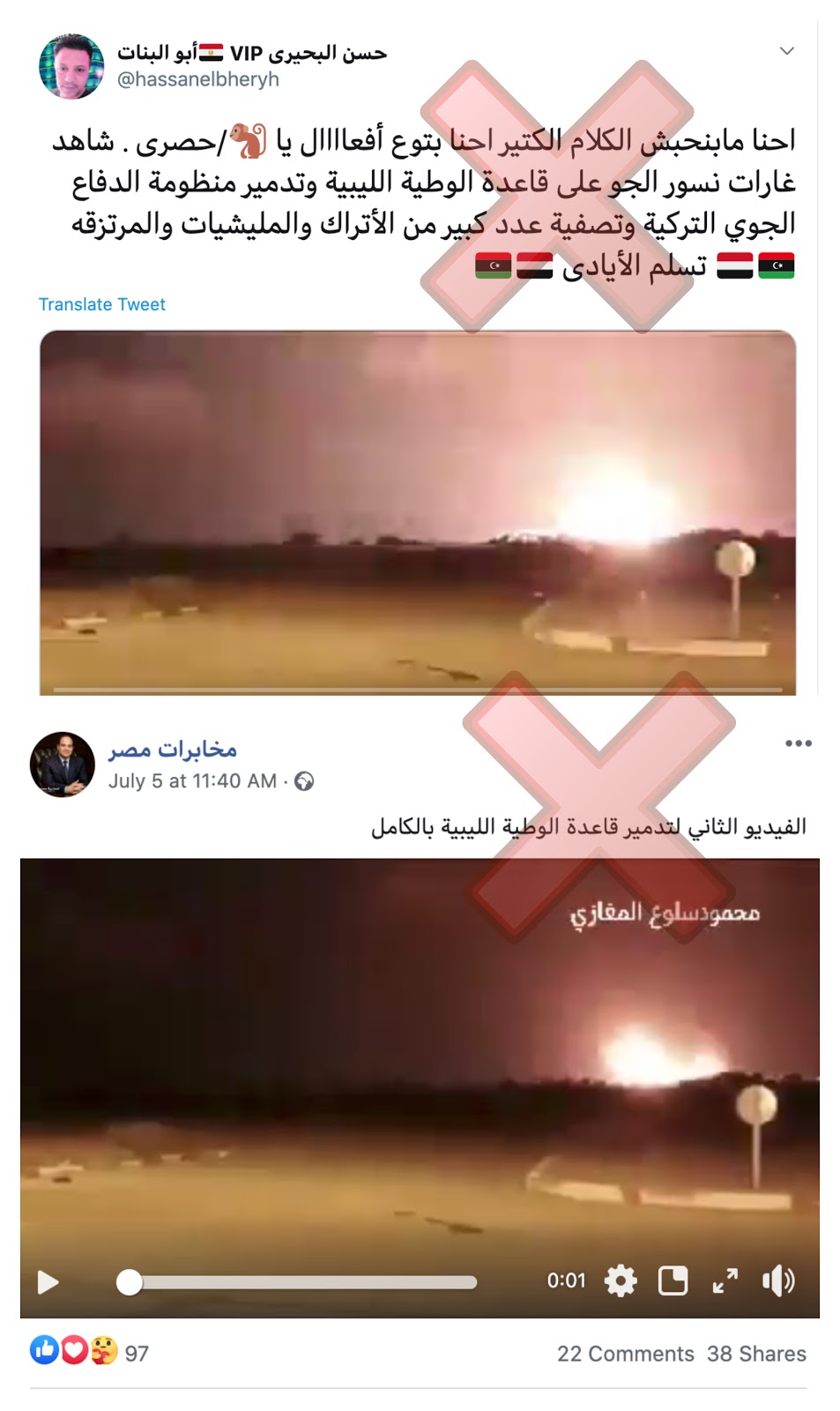 A reverse image search on Google found the video to be connected to news on Israeli attacks on the Gaza Strip, Palestine. A YouTube search, using suitable keywords such as “shelling,” “Gaza,” and “Israel,” found that the same footage had been published by RT Arabic on June 27 under the title, “Israeli Airstrikes on Locations in Gaza Strip.”

The clip shows aerial bombardment on a dark area. Sounds of aircrafts in flight and bombings can be clearly heard in the clip.

Cairo Now with Lamis al-Hadidi, a TV program aired by Al-Hadath of Saudi Al-Arabiya, broadcast the video with the misleading claim. Another source that spread this claim can be found here. 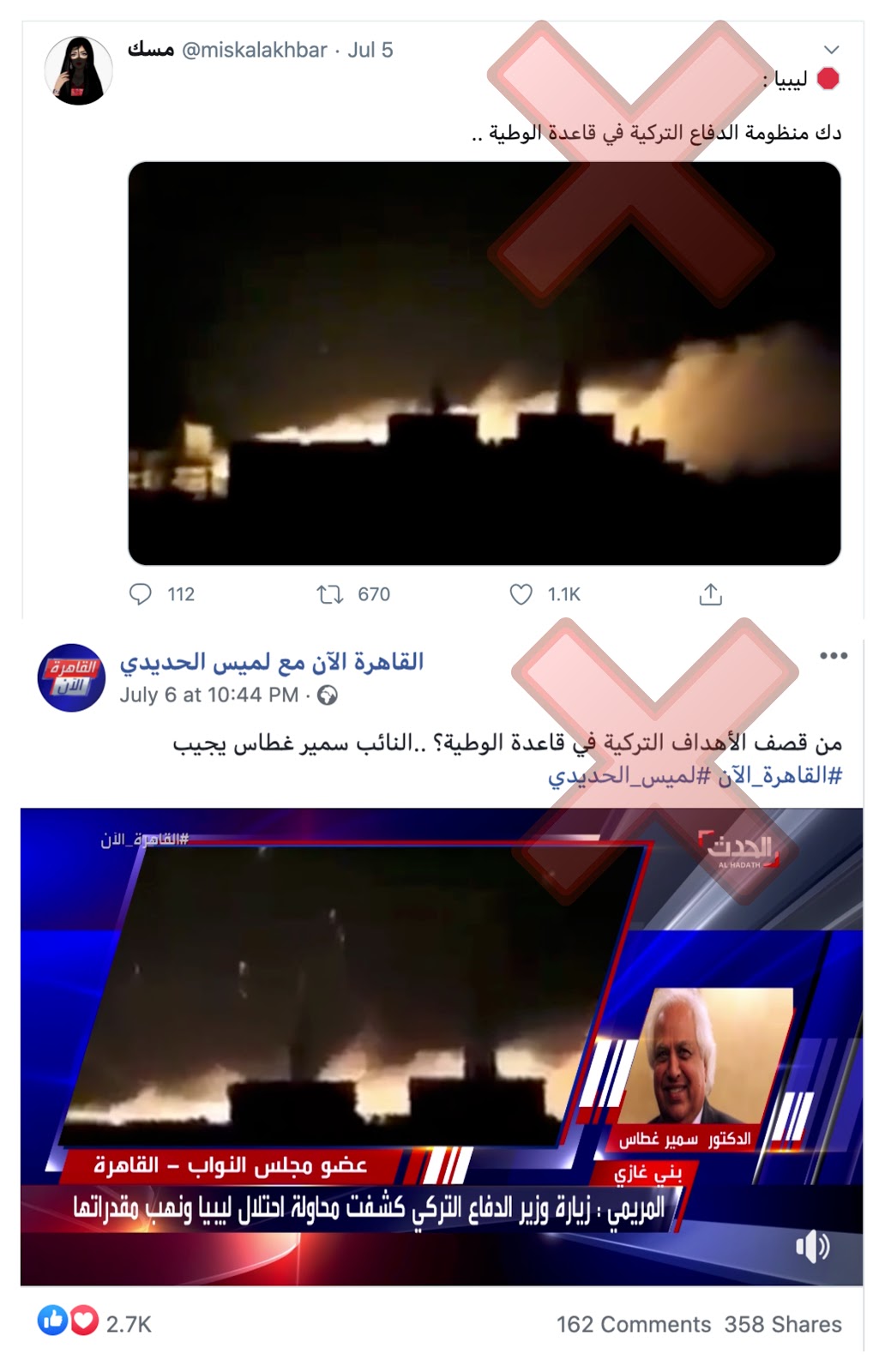 Pillars of flames, caused by the bombing, can be clearly noticed in the video, and is similar to those generated by napalm or phosphorus bombs. A YouTube search, using the keywords “napalm” and “bombing,” found the same clip published on June 22, 2016, under the title, “Terrifying Moments Caused by Russian Napalm Attacks on Cities and Villages in Northern Aleppo Countryside.” The video was posted by Syrian local media center, “Anadan Media Center.”

Russian airstrikes targeted the Anadan town as well as other villages and towns in rural Aleppo with napalm bombs on June 21, 2016, according to a media spokesperson of the Syrian Civil Defense (White Helmets).

The low-quality footage shows aerial attacks on ground-targets. Saudi Al-Arabiya’s Al-Hadath posted the claim on its Twitter and Facebook accounts as well as its Facebook page “Libyan Al-Hadath.” Another source of misinformation can be found here. 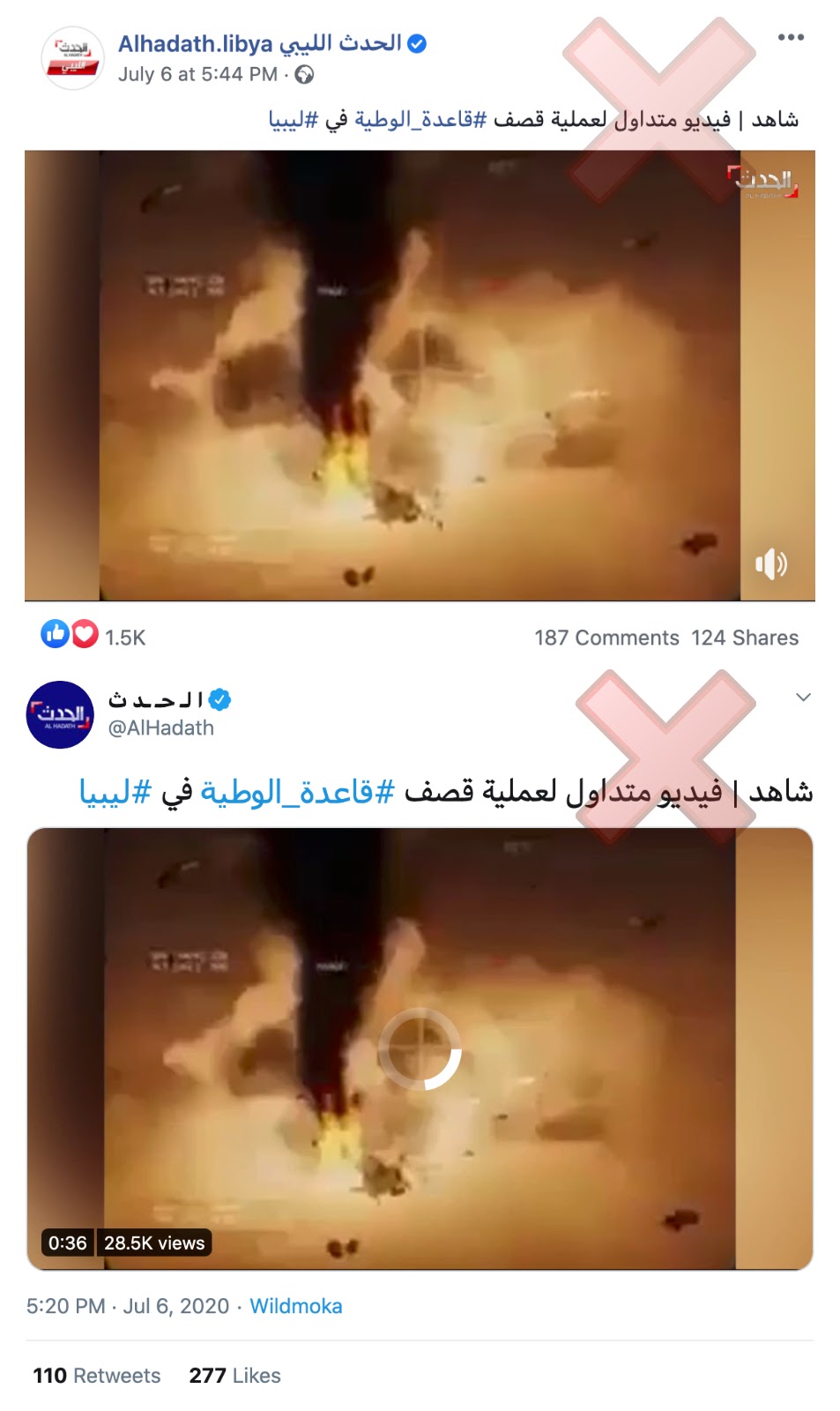 The footage looks familiar to those who know the ARMA 3 video game.Despite the fact that Verify-Sy could not identify the original footage, comparing the fixed details from clips from the video game (e.g. here) with the fourth video illustrates that the video footage was taken from the game.

- The four videos were miscaptioned and falsely attributed to the attack on the Government of National Accordance (GNA)-controlled al-Watiya air force base in Libya.