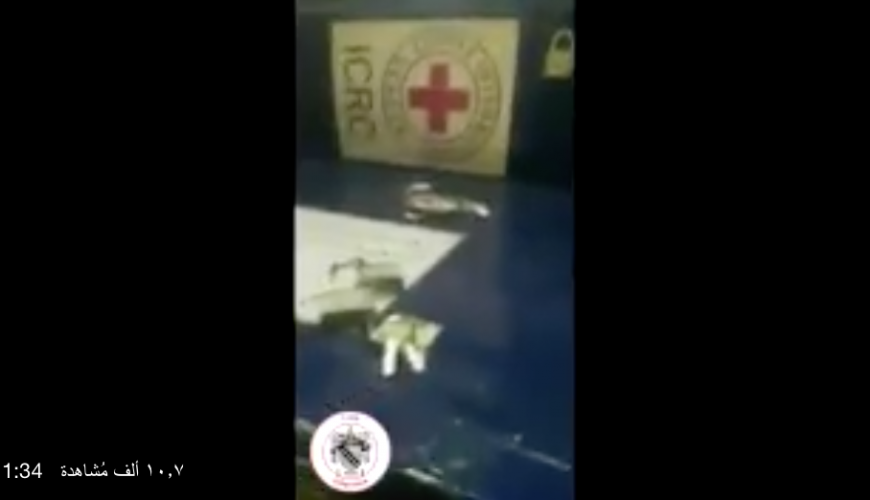 Video showing ICRC boxes loaded with money is not from Syria

Accounts which shared the videos said this money was sent by Turkey to “ISIS and Nusra Front terrorists in Syria through ICRC trucks”.

After Verify-Sy analyzed this video, it shows in the minute 1:24 a paper on one of the boxes written on it “the Great Socialist People's Libyan Arab Jamahiriya-Tripoli and dated 25/7/2011”.

After a search, it turns out the video is old and was published by many accounts on social media from different countries.

While Global News website shared a report on the disappearance of billions of dollars after the death of Muammar al-Ghaddafi, according to the report UN investigators found a huge amount of money and gold hidden in West Africa countries.

The website said that the photos of the boxes taken from a warehouse near Accra the capital of Ghana in late 2011 and the boxes contain money smuggled after the fall of Muammar al-Gaddafi's regime.