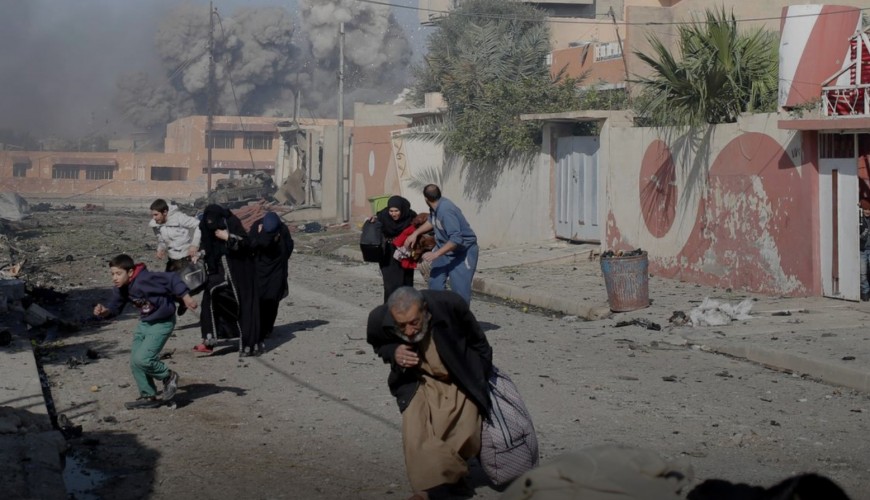 This photo is Mosul not Deir Ezzor

Social media pages and personal accounts shared photo showing civilians fleeing with their baggage in a street with smoke rising behind them which appear to be caused by aerial bombing.

The photo publishers said it was taken lately in Deir Ezzor city during airstrike on ISIS position.

After a search conducted by Verify-Sy turns out this phot is not from Syria but in Mosul city in Iraq.

The photo was taken by Reuters photojournalist Goran Tomasevic on 17 November 2016 when US-led coalition airstrike hit ISIS position in the city.

Worth to mention that ISIS-hled areas of Deir Ezzor city is being bombed daily bu international coalition warplanes which cause civilian casualties.