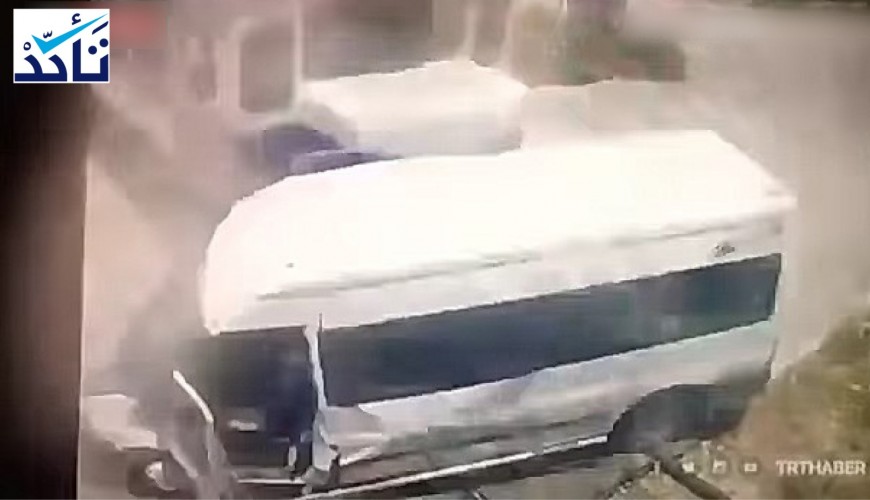 News on two-traffic collision killing and injuring Syrians in Turkey have been circulated on various social media accounts, claiming that they occurred in the southern province of Mersin and the western province of Edirne.

“10 Syrian Kurds citizens passed away in Edirne Province and 3 others were injured in Turkey, “ they reported, claiming that the accident happened due to the Turkish driver’s hatred towards Kurds. 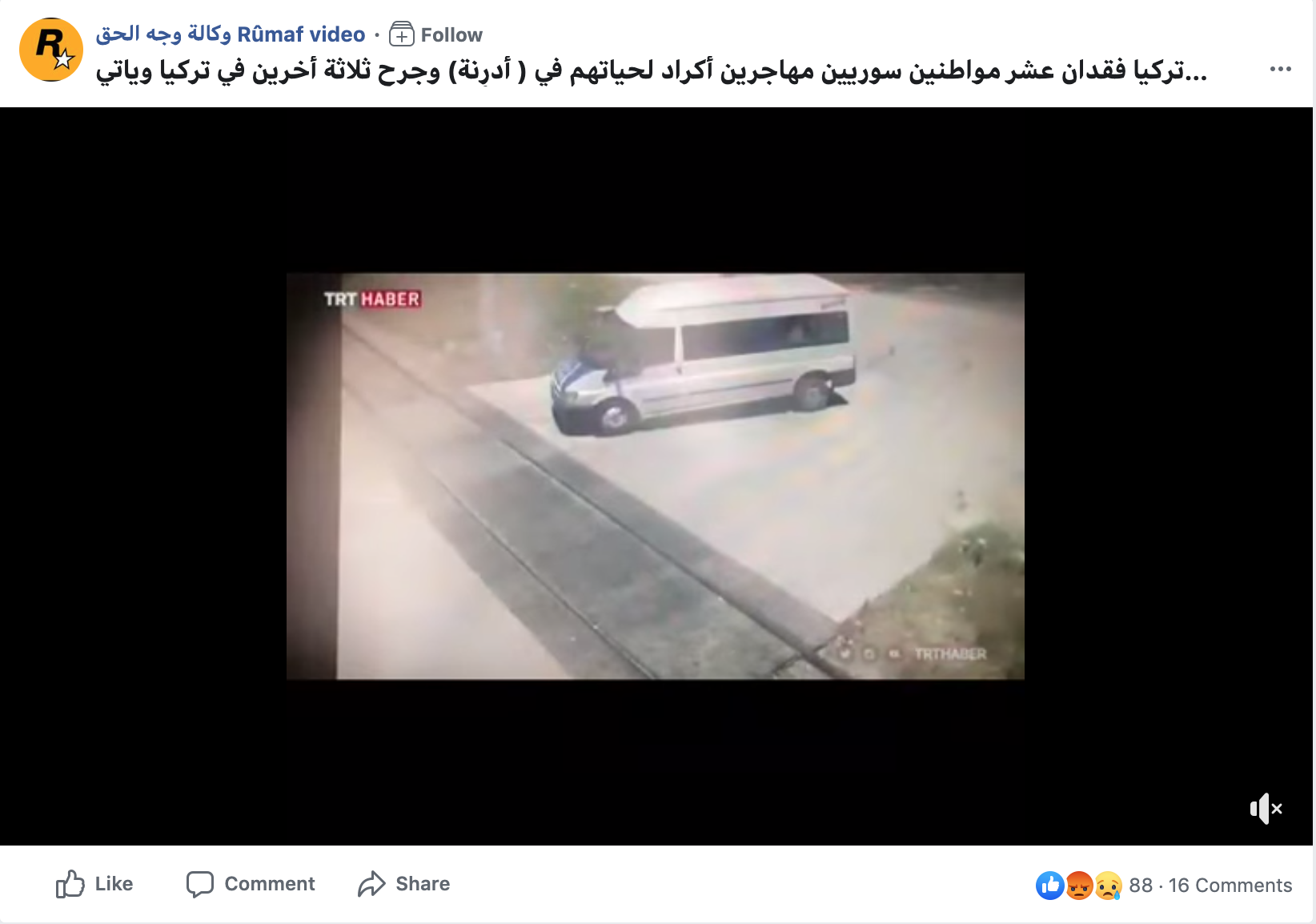 Several YouTube channels posted a video of bus-train crash titled “18 Syrians passed away in Turkey's Adana province in a painful crash that was intentionally caused by the driver.”

Verify-Sy fact-checked the news; it turned out that no Syrian passed away in Edirne’s traffic collision; the victims are Pakistani Indian nationals, while one Syrian female passed away in Mersin’s one, Turkish media outlets reported.

Ten illegal migrants were killed and 30 were injured, including  the bus driver who was stopped by police on Wednesday; 40 migrants were in the bus which crashed into a shop, according to Hürriyet Turkish newspaper.

Ekrem Canalp, governor of the Edirne province, stated that Gendarmerie General Command, a service branch of the Turkish Armed Forces, ordered a suspected bus to halt; the driver refused the order, he sped up, lost control of the vehicle, and crashed into a shop killing and injuring people.

A Syrian female passed away and 8 others injured in a train-bus crash in Tarsus in Mersin Province, not in Adana, on 24 June. According to Daily Sabah Turkish newspaper, the bus had stopped due to failure in engine before the train arrived; the driver was able to leave the bus, which carried Syrian laborers, before the crash. The police have detained the driver, A.G (20 years old), and sent him to court, according to Khabar Turk website quoting Turkish media outlets.