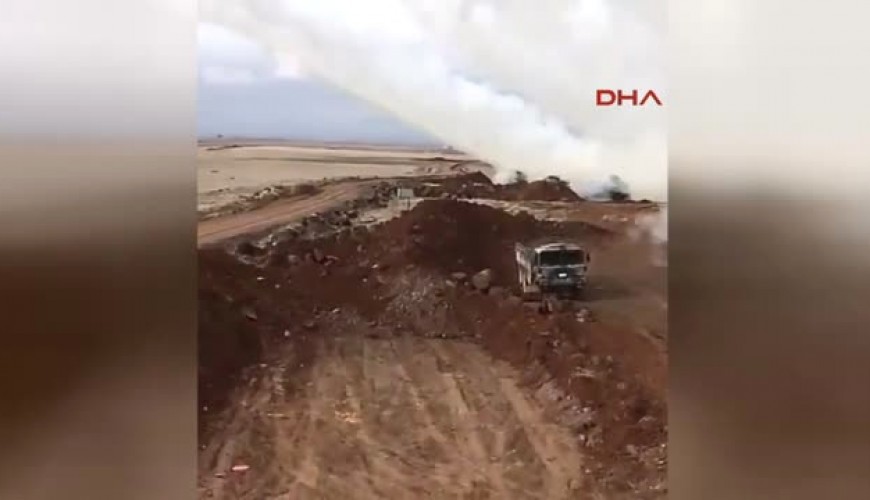 The video went viral as news surfaced that Turkey has begun a military operation against the Assad regime forces in rural Idlib.

A reverse search found that it was circulated on social media around 2 years ago. Turkish news channels and websites reported that it shows Turkish troops targeting positions of the Democratic Union Party (PYD) in the northern countryside of Aleppo.

Because the video is posted in poor quality, our team could not determine where it was taken. However, the fact the it was posted around two years ago refutes its relation with any current military operation in northern Syria.

In the past few days Ankara has sent additional troops to launch a forthcoming military operation against the Assad forces, as Turkey’s President Recep Tayyip Erdogan addressed the Turkish parliament saying that the deadline he had set for the Syrian regime is “drawing to a close,” threatening the Assad regime for the last time to stop its offensive in Idlib and to withdraw back to the Sochi borders.