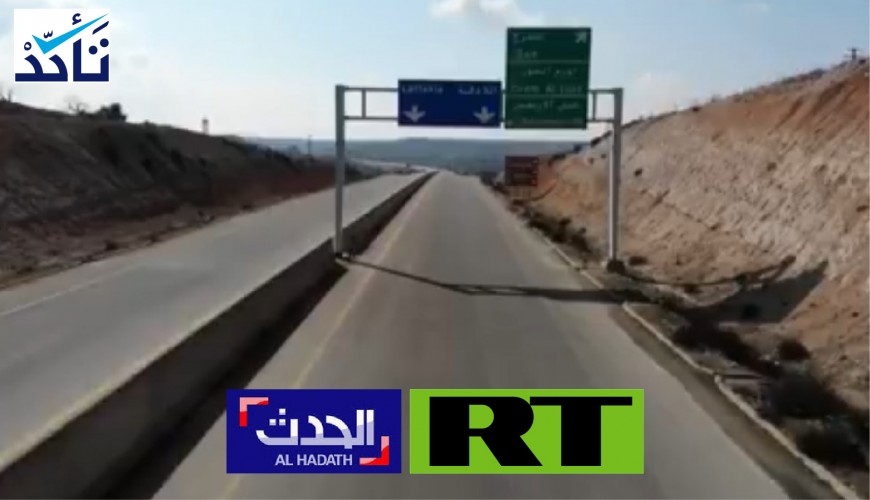 Al-Hadath, a news service provided by Saudi Al-Arabiya, broadcast on Tuesday, Feb. 18, drone footage of an empty highway in Syria. The channel later posted the footage on Facebook under the title, “Footage of Areas Controlled by the Syrian Regime in Rural Aleppo After Residents Fled Their Homes.”

In addition, RT, also known as Russia Today, broadcast the same footage on Feb. 20, and posted it on its YouTube channel with a title that reads “Exclusive Aerial Footage of the M4 Aleppo-Latakia Strategic Road”, claiming, in the description, that the drone footage shows “the M4 (Aleppo-Latakia) international strategic road, after liberating the surrounding towns and villages from the grip of gunmen.”

At the beginning, the footage shows a road sign on which “Latakia” is written. Few seconds later, another road sign that reads, “Aleppo – Urem al-Zawz – Jabal al-Arbien,” shows up.

What is the misinformation spread by RT and Al-Hadath?

After reviewing satellite images, we found that the footage was taken in areas still under the control of the opposition to date, including the cities and villages on both sides of the highway, as shown on Liveumap, a platform specialized in covering conflicts around the world in real-time. 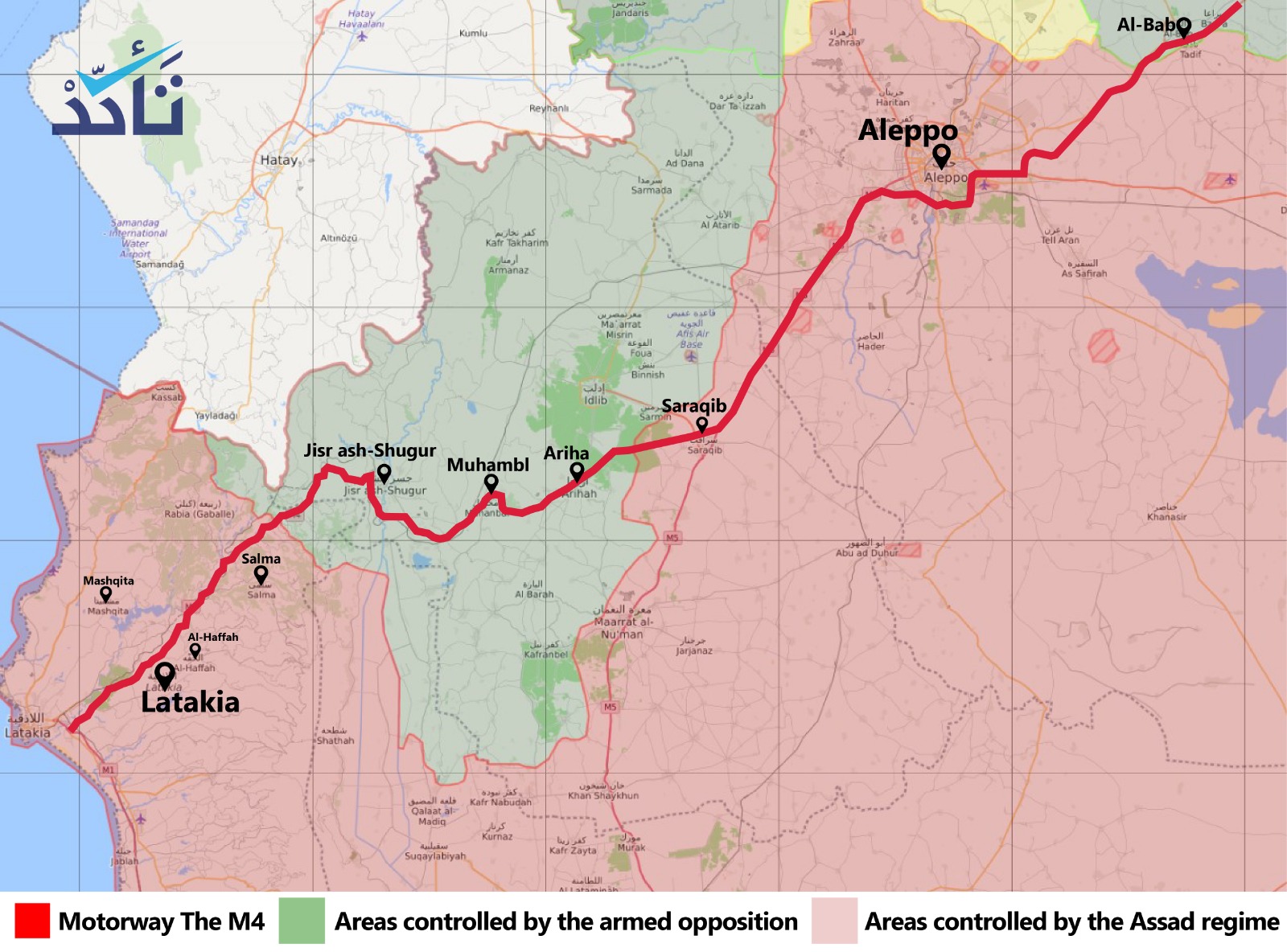 According to our reporter in rural Idlib, the footage broadcast by Al-Hadath were taken in areas under the control of the Syrian armed opposition near the town of Besnqul of the Mhambel area, and the town of Urem al-Jazw located to the west of the Ariha city in the Jabal al-Zawya area, as shown in the image below, contrary to what Al-Hadath, which falsely claimed that these areas are located in rural Aleppo. 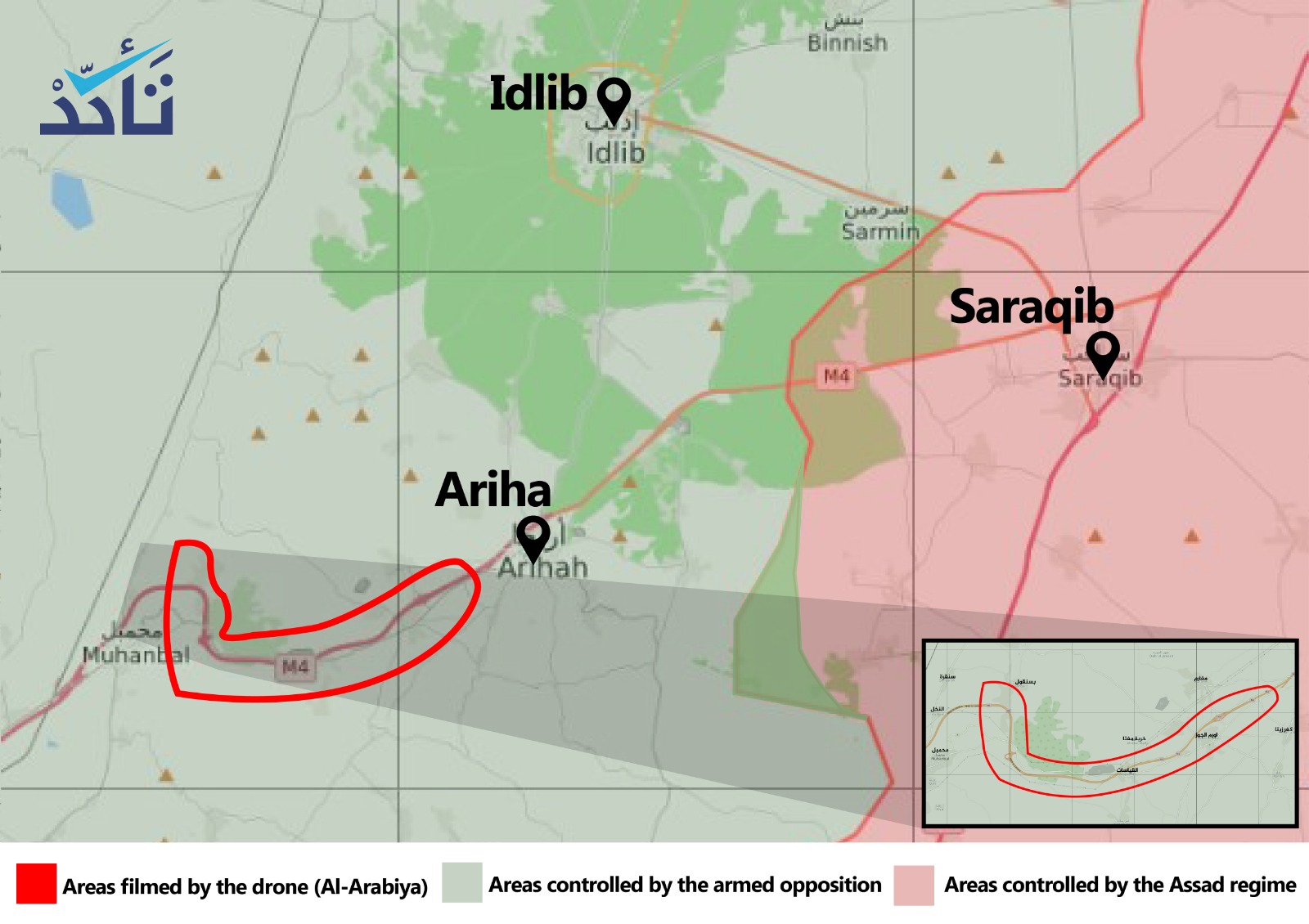 In addition, Verify-Sy’s reporter confirmed that RT’s footage shows almost the same areas broadcast by Al-Hadath, as shown in the image below. RT’s drone, however, just filmed the international highway without flying over the surrounding villages, which are completely controlled by the Syrian armed opposition. 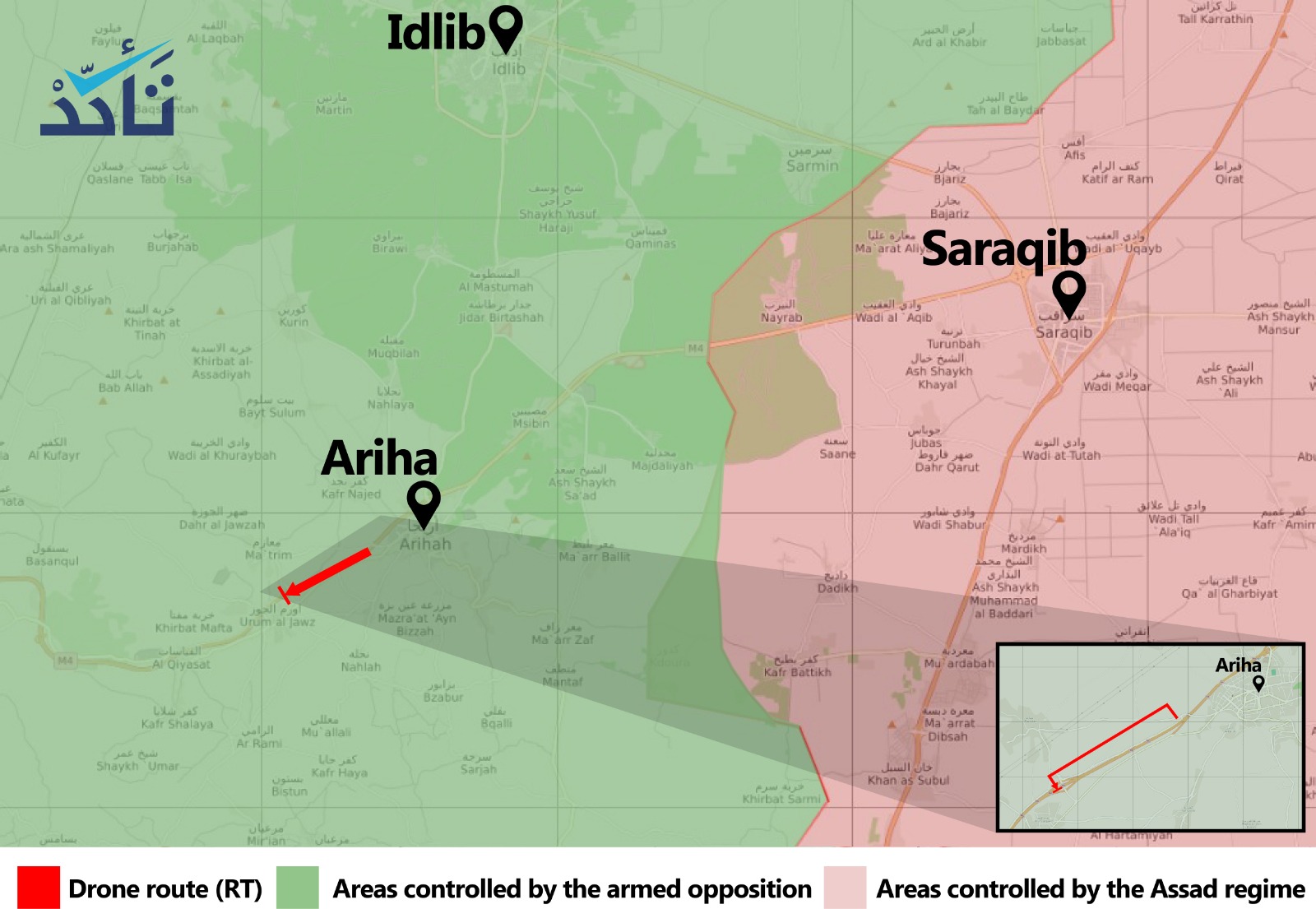 The Russian-backed Assad regime forces has intensified its fierce military campaign attacking civilians and civilian infrastructure such as hospitals, which caused an unprecedented exodus. “About 900,000 people, mostly women and children, have fled their homes since December,” Carlotta Gall, the Istanbul bureau chief for The New York Times, reported. “Most have headed north, toward the Turkish border, and are living out in the cold. The lucky ones are crammed into tent camps, others sleeping in the open on the surrounding hillsides and olive groves. At least 12 children have died of exposure.”