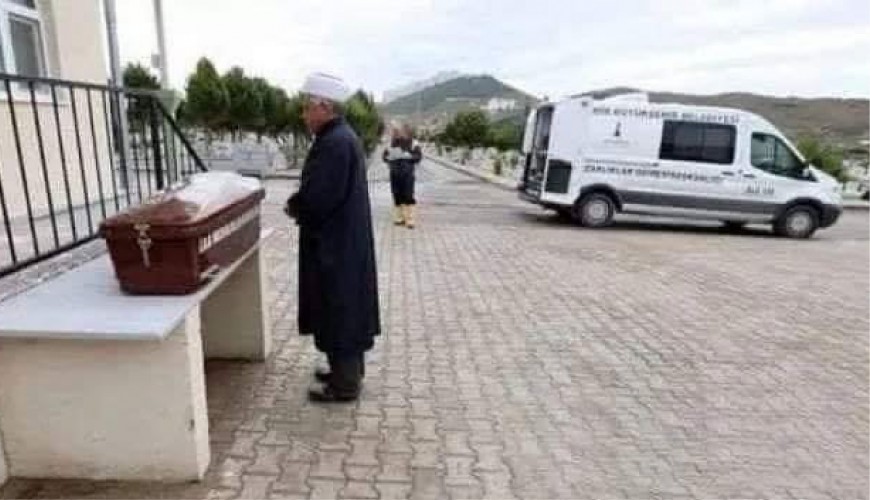 This Photo Isn’t of Syrian Died Alone in Europe

A photo of a Muslim cleric praying the funeral prayer alone was circulated on social media. An ambulance written on it in Turkish appeared also in the image.

Some social media users claimed the prayer had been offered in Europe for the deceased person only by the imam, because the family and friends of the individual were not there, without referring to when or where the photo was taken.

Verify-Sy Platform fact-checked the photo and found out it was not taken recently. In fact, the image was taken from a video report by Al Jazeera Turk in January 2016 about 9 Syrians, including one child, who had drowned.

Al Jazeera Turk reported that the municipality of the city of Izmir had held a funeral for the drowned Syrians, without being able to identify them. Their graves bear numbers rather than names.

Coastal cities located in northern Turkey have been a main destination for the refugees willing to cross the sea into the European Union. Despite the fact that hundreds of thousands of refugees arrived to Europe over the past several years, hundreds drowned in the sea.

The International Organization for Migration (IMO) stated this month that the Mediterenian is still the most dangerous route for migration in the world, according to

Deaths recorded on the three main Mediterranean Sea routes from Jan. 1, 2019 to Dec. 18, 2019, stood at 1246 individuals, about a third of the total deaths on migration routes in 2019, according to the International Organization for Migration.