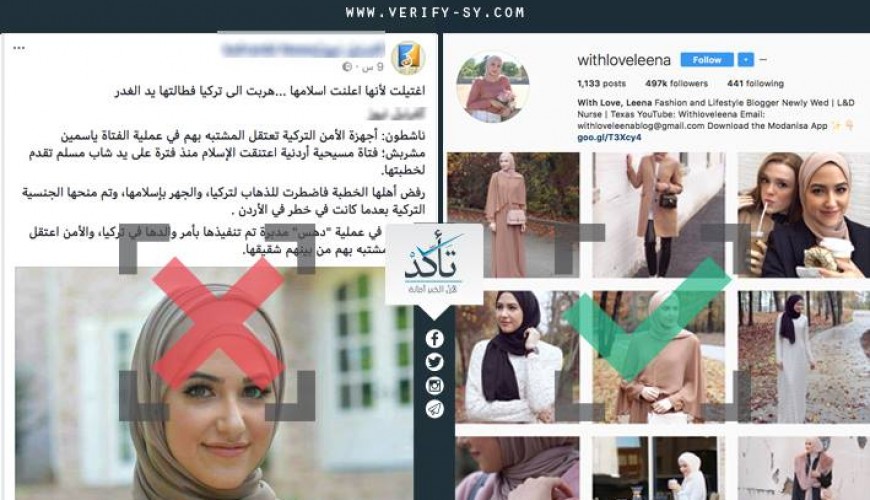 Syrian social media news pages shared lately a photo of a Hijabi girl said she was killed in Turkey after converting to Islam.

The photo publishers said the girl is Jordanian called Yasmin Mesharbesh and she was Christian but lately she converted to Islam after a Muslim guy proposed to her.

The photo publishers said the girl went to Turkey after her family refused the marriage and there she was given Turkish citizenship after converting to Islam and she was killed in deliberate hit and run planned by her father and the Turkish authorities captured some suspects including her brother.

Verify-Sy would like to remind audience that this photo is for a fashion model and nurse called Lina lives in Texas USA according to her official profile on Instagram.