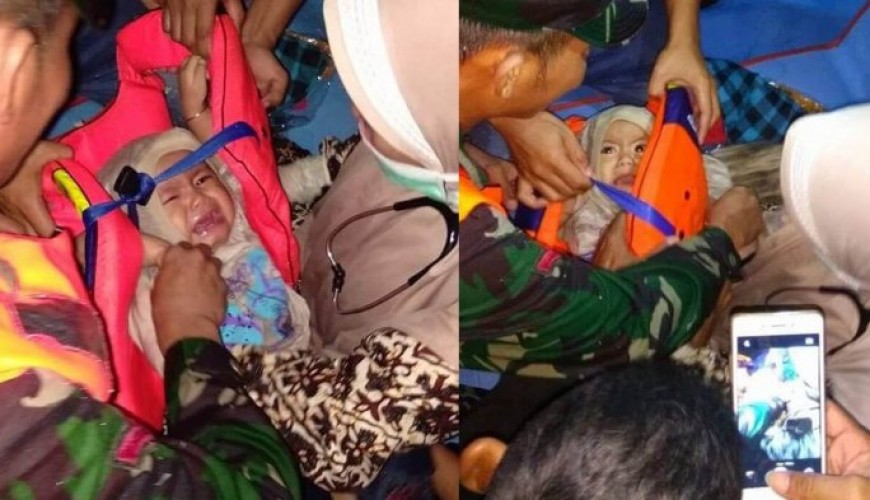 Social media accounts and shared lately a photo of a child said to be the only survivor of the Indonesian airplane JT610 which crashed near Jakarta last Monday.

The photo showing the child crying and surrounded by several people including someone wearing a military uniform.

Verify-Sy searched for the source of this photo and it turns out it is not connected to the plane crash but was posted on July by several Indonesian websites who said the child is called “Listari Maio” and she survived a boat crash in Indonesia.

Worth to mention that commercial airplanes considered the primary transportation in Indonesia which consist of more than 17 thousands islands which 930 are inhabited.