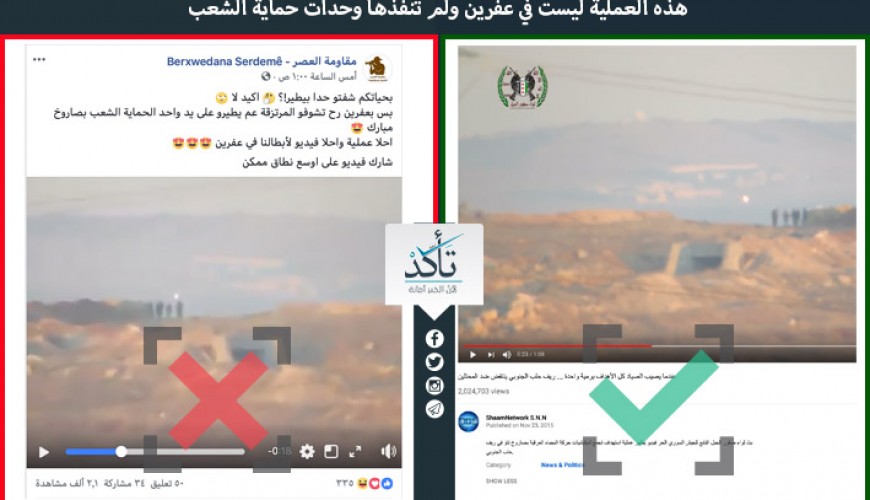 This attack is not in Efrin and not by YPG

Pro-PYD Facebook pages and personal accounts shared a video of targeting a group of fighters with anti-armor missile on a mountain.

The accounts shared the video with the title “Efrin resistance heroes” while other accounts said the attack was by People’s Protection Units YPG in Efrin against what they called “mercenaries” in reference to Turkish-backed opposition groups.

Verify-Sy searched for the source of the video and it turns out it was published on YouTube on November 2015 from Aleppo southern countryside showing the moment FSA Liwa Soqor al-Jabal targeting Assad regime soldiers.

Worth to mention that pro-PYD accounts and pages usually share videos of attacks and ambushes claiming to be by YPG fighters against Turkish army or Turkish-backed opposition groups.