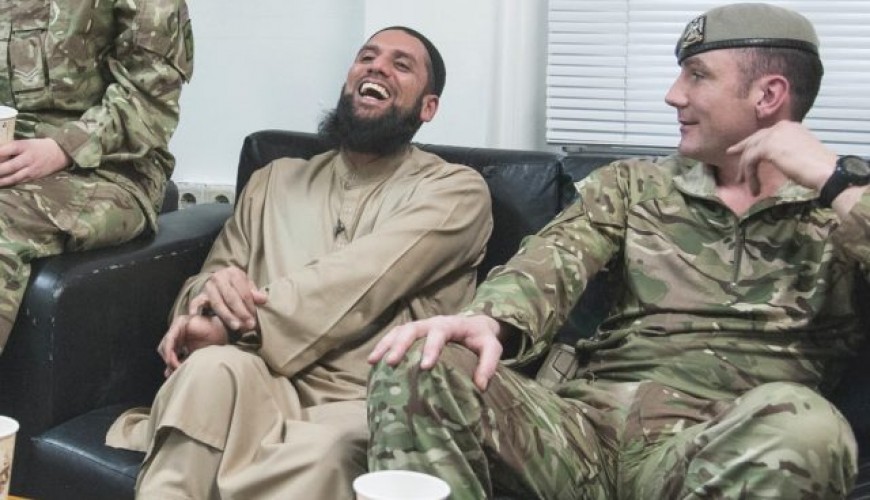 Is this a French officer who just finished his mission with ISIS?

Social media news pages and personal accounts shared a photo of a bearded man wearing long thob sitting with 2 people in military uniforms while they were laughing.

Following a reverse-search conducted by Verify-SY, it turns out that this photo is not related to the French intelligence but for Sheikh Asim Hafez sitting between 2 British soldiers.

Sheikh Hafez, according to the website of the “Muslim soldiers in the British Army, is the first Muslim Imam adviser of the British army which contains more than 800 Muslims and Sheik Hafez was appointed in 2005 after he was working as an instructor in the prison service.