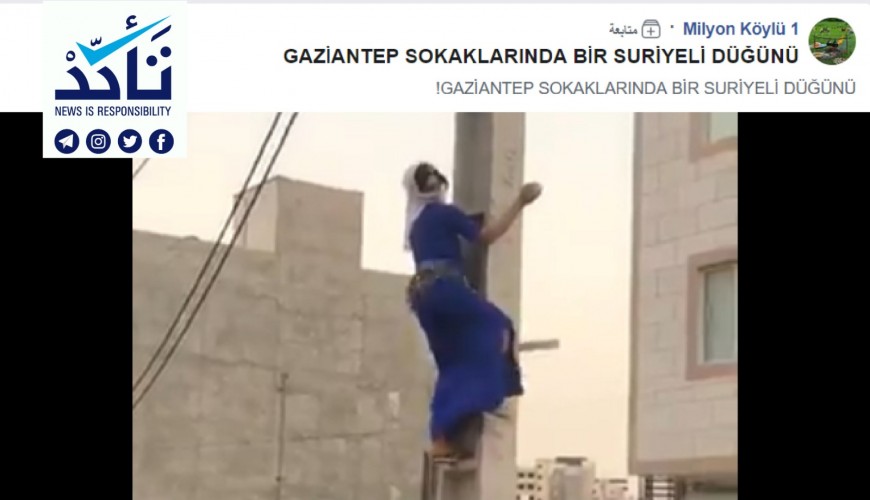 One woman was dancing to folk music after she had climbed a transmission tower on a street, while other women were happily clapping.

Verify-Sy checked the video; it turned out that social media accounts circulated the video in March 2019 saying that it was taken in Iran not in Turkey. Some Iranian commenters said that a man, not a woman, appeared to be climbing the tower. We were unable to verify this information.

The transmission tower looks like lampposts in some regions in Iran, as shown in the following videos:

Turkey’s interior minister Süleyman Soylu recently stated that rumors to sow confusion and uncertainty amidst among the Turkish people and their government. He denied rumors about providing free housing or big salaries to Syrians, or allowing them entering universities without exams without passing an entrance examination.