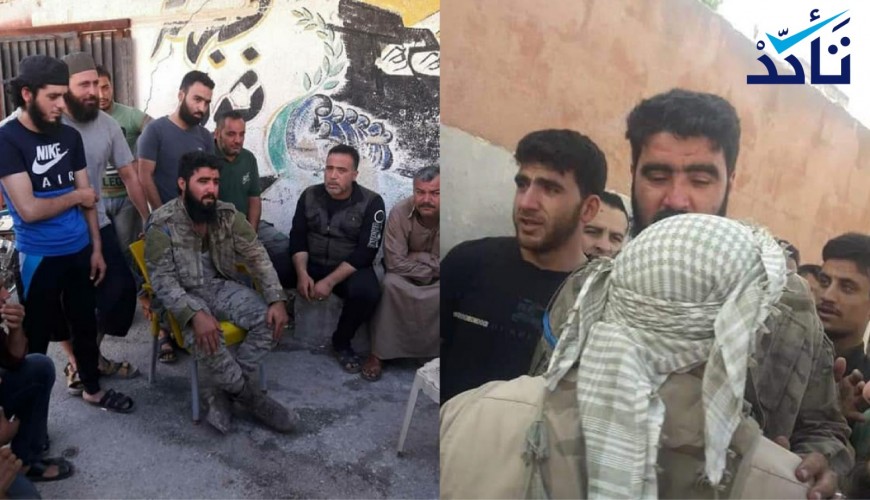 Combatants who went missing during recent clashes with Assad forces in Hama countryside has been found, social media accounts claimed. “10 martyrs from Saraqeb came back from the dead after they had been declared martyred,“ these accounts posted. A photo of a young combatant was posted alongside the posts. 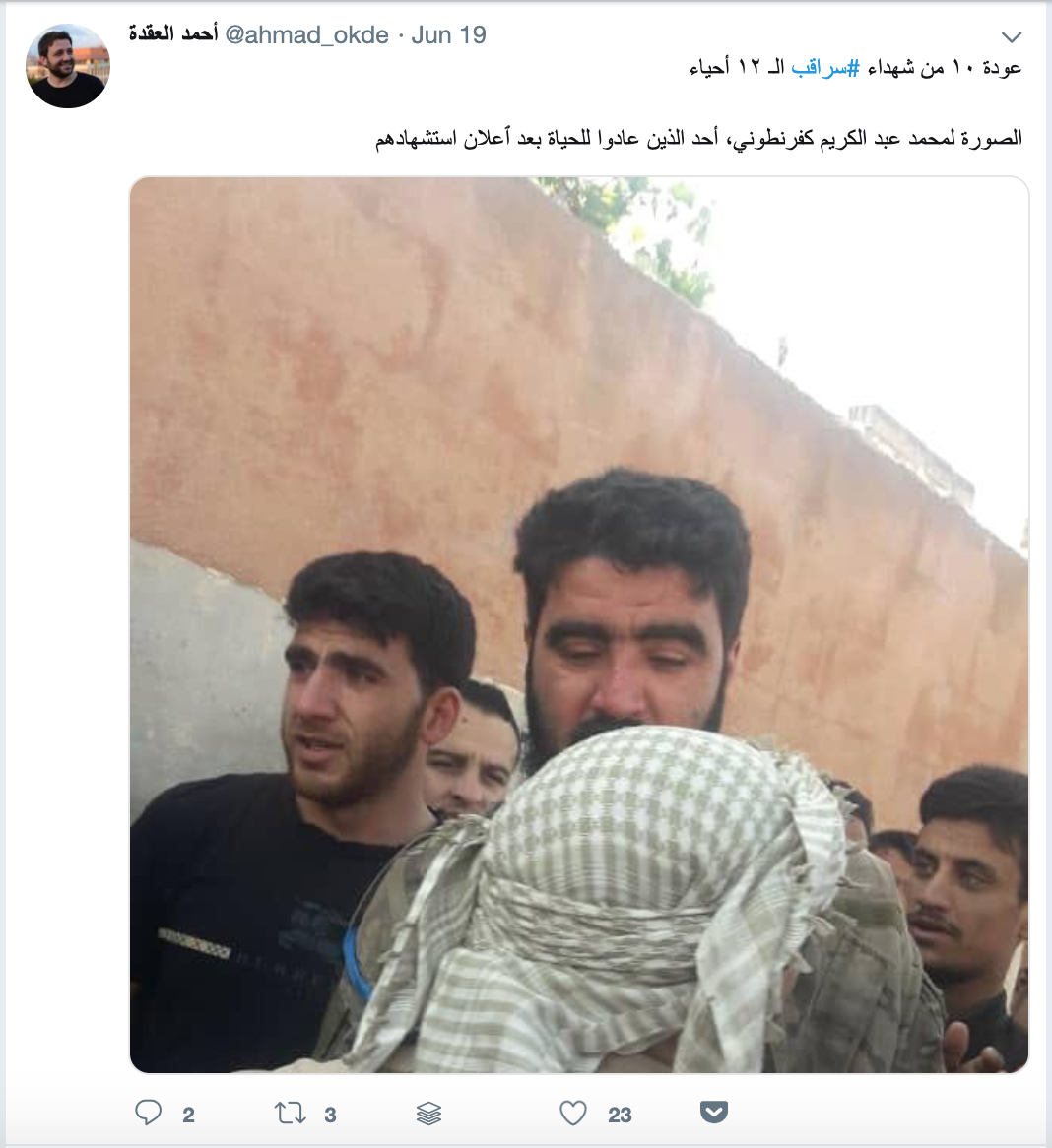 Two opposition-armed groups went missing in action on Jemleh village and Latamneh town frontlines on June 18; they were targeted by airstrikes and anti-armor missiles during clashes that aimed to repel Assad offensive on Idlib.

Verify-Sy fact-checked the news; it turned out to be fake. Only one of the 13-combatants group turn up alive. Our team cross-checked the information it had had with three field sources; it turned out that the claims were circulated after Mohammad Kafrtoni, a combatant, had come back to Saraqeb city.

Locals and activists said that the photos of dead combatants that were broadcast by Assad regime-backed news outlet SANA are of their relatives who were combatants and went missing in action in Jemleh village.