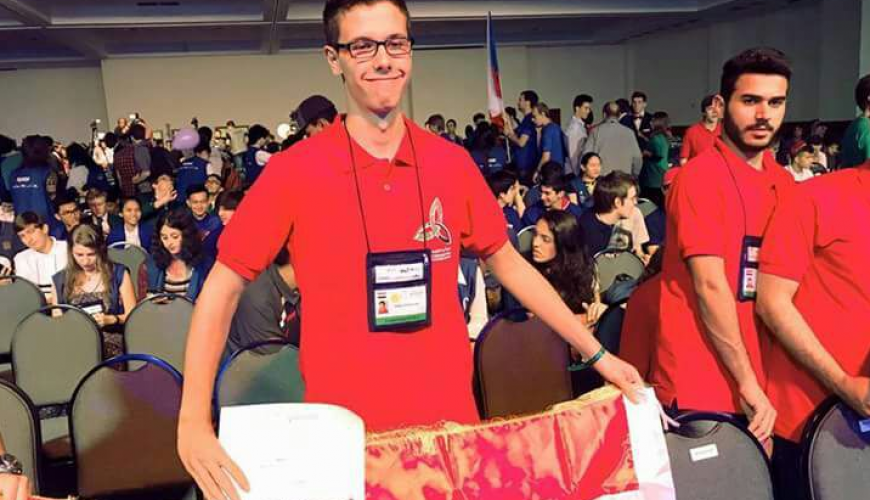 Pro-regime Facebook pages shared today news of the final results of the Syrian Science Team in Rio de Janeiro Science Olympiad in Brazil where the son of the head of Syrian regime Hafez Bashar al-Assad participated as one of team members. 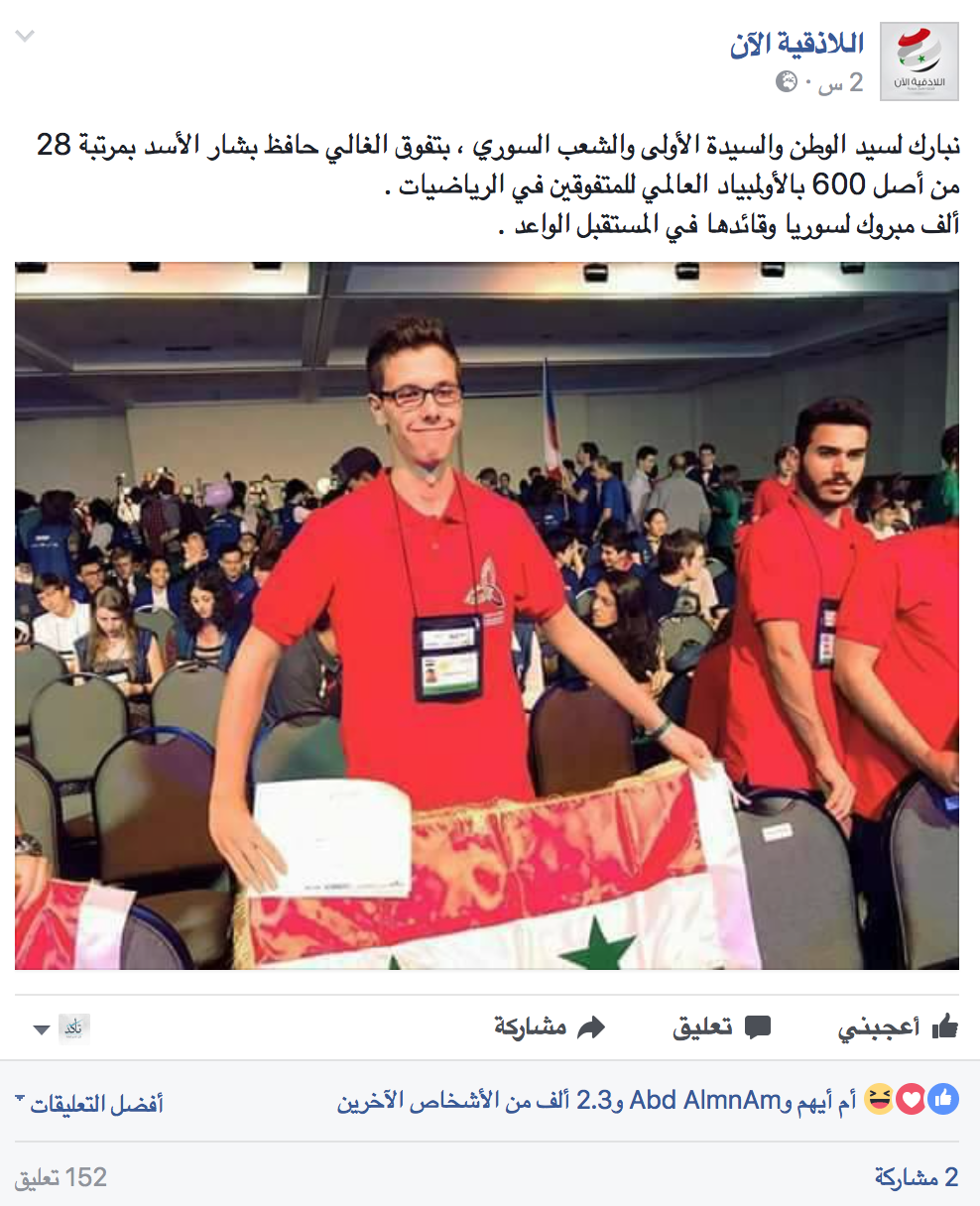 The pro-regime pages said Hafez Bashar al-Assad ranked in 28th from 600 in the Math Olympiad.

Verify-Sy checked the results announced by the International Olympiad committee on its official website and turns out the Syrian team got the 56 out of 111 teams participated in the contest. 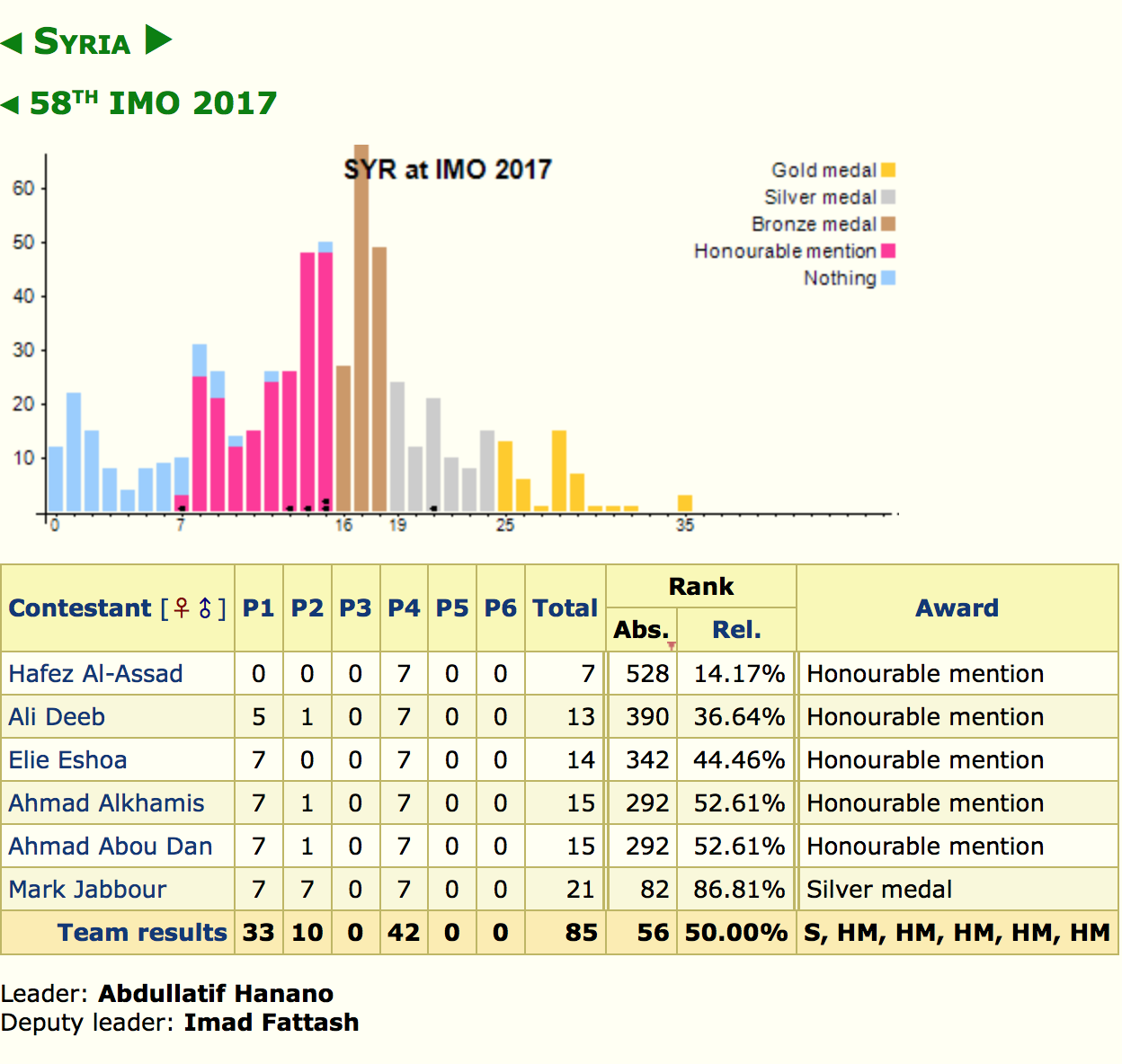 About Assad’s son Hafez he got the least score among his teammates who represented Syria of 14.17% to be the 528 out of 615.