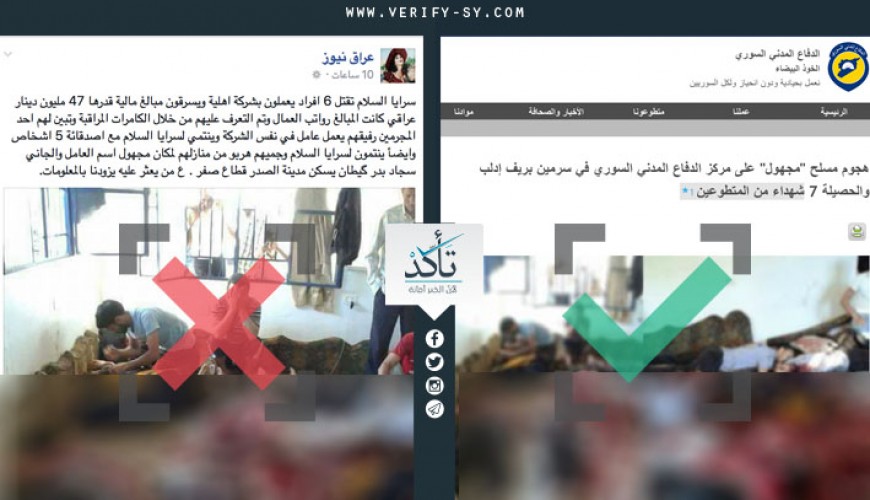 This photo is in Sarmin not Iraq

Iraqi news pages shared today photo of several dead bodies and around them men trying to treat them in a room full of blood.

The pages said that Iraqi movement al-Sader affiliated-alSalam battalions killed 6 men works in a company and stole money then were identified by surveillance footage.

Verify-Sy would like to remind audience that this photo is not from Iraq but from Sarmin city in Idlib and the dead men are members of Syrian Civil Defense known as “White Helmets”.