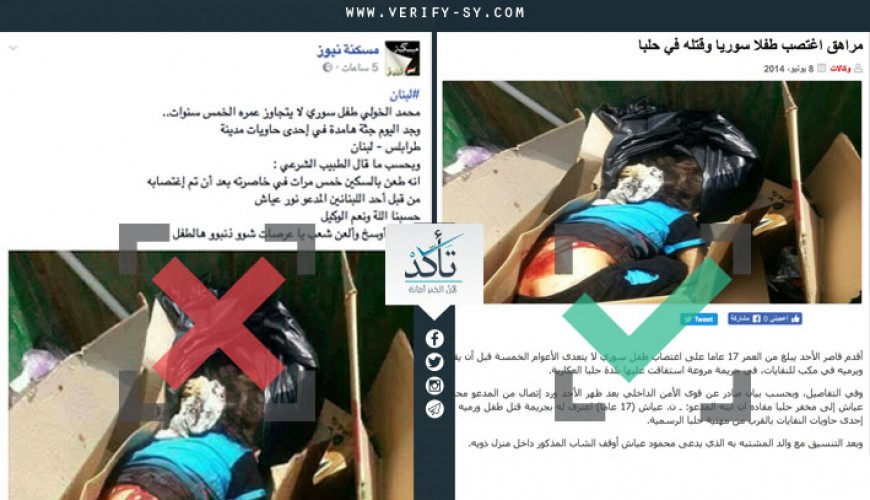 This murder happened in 2014

Social media Syrian pages and accounts shared a photo of a child dead body in a dumpster with blood on it and said this body is for 5 years old boy found on Sunday in Tripoli Lebanon saying the boy was raped than killed by stabbing.

After search turns out this photo is on the internet since 2014 and according to Janoubye Lebanese website which shared this photo in 8 June 2014 and said 17 years old teenage killed this 5 years old kid after raping him.

The website said the Lebanese forces found the body of the kid in a dumpster in Halba town in Akar province of Lebanon, the boy was raped and stabbed to death 5 times in his right flank.