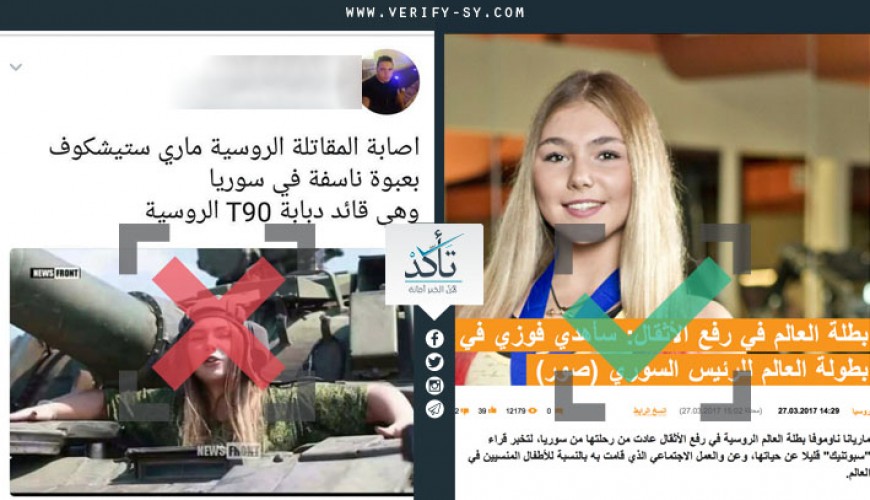 This girl is an athlete not a soldier injured in Syria

Pro-opposition social media accounts and pages shared news saying a Russian female soldier called “Mary Styshkov” was injured in IED attack in Syria, the pages said “Stoyshkov” is commander of Russian T-90 tank and shared a photo of a girl driving a tank.

Verify-Sy would like to remind audience that the girl in the photo is for Russian body lifter Maryana Naumova and she is not a soldier.

Worth to mention that Maryana is living now in Russia and shared a photo of her few hours ago on her Instagram account.