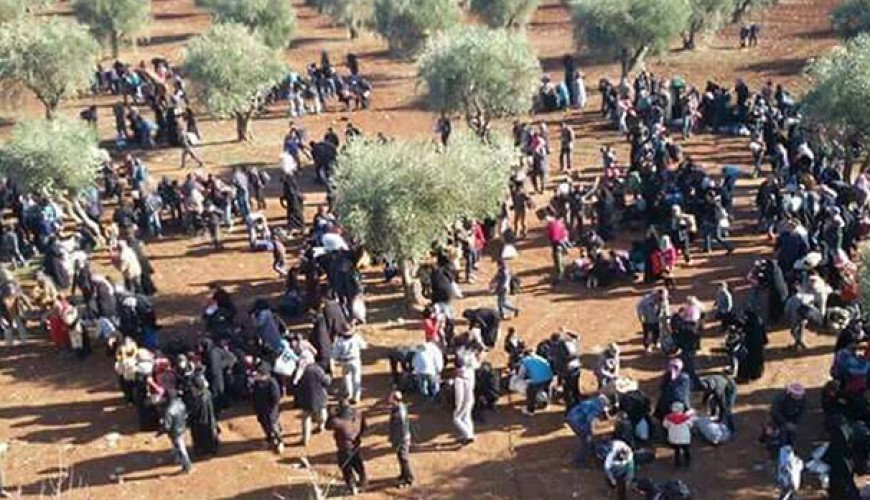 Photo’s publishers said it is for civilians from Jenderis town in Efrin in north Aleppo fleeing due to intense Turkish bombardment on their town.

After a reverse-search on Google turns out this photo was posted on many news websites since February 2016.

The civilians in this photo are from towns and villages in Aleppo northern countryside fled their houses due to intense Russian aerial bombing ended by SDF taking dozens of villages and towns.