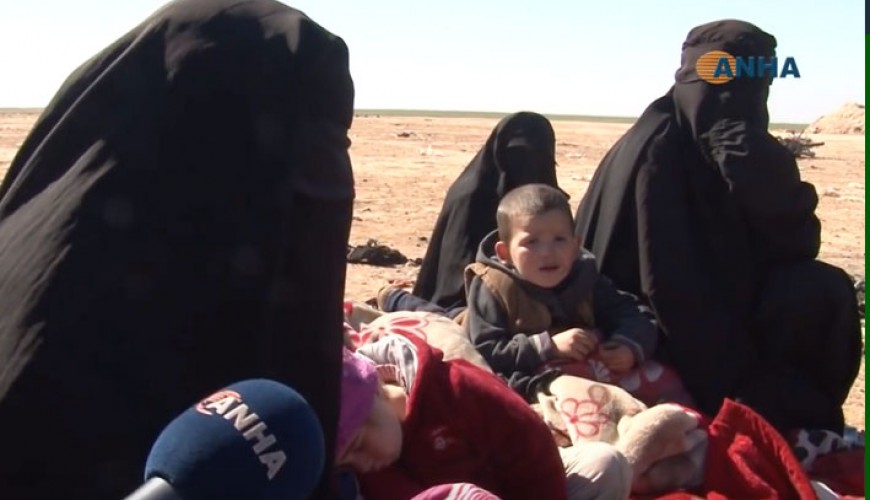 Did this wife of ISIS member said her husband is a Turkish army officer?

Hawar news agency shared today news saying a wife of ISIS member revealed that her husband is a high-rank commander in Turkish army.

The agency, which covers SDF-held areas, shared a video of women with their children after they fled ISIS-held area in Deir Ezzor toward safer areas according to the agency who said the 5 families are all from Turkish origin.

In the interview the reporter ask the women about their names and situation and asked if they received any aid since they left ISIS last pocket. One of the women said her husband is Turkish but didn’t say at all that he’s an army officer or even hinted about it.

At the end of the video someone ask the women about their names and how many children they have and it seems he is writing the names, while he asked one of the women she said her name is Berna from Turkey and she has 3 children without saying anything on her husband.