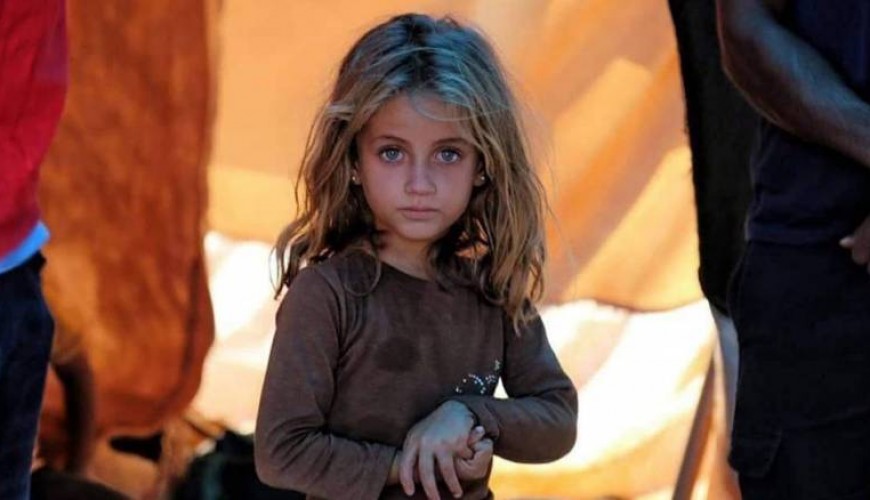 This Photo Was Taken by Syrian Photographer, not British One

Websites and social media pages have recently posted a photo of a blonde child who seemed to be in a tent. They have claimed that a British journalist, unnamed, took the photo in a refugee camp and called the child “Cinderella of Wars”, without providing any information about the camp. They have also claimed that the photo was published in many magazines and topped the front pages of the most prominent British magazines. Of note, the photo has gone viral and many social media users have called the child “Cinderella of Camps”.

Verify platform searched for the original source of the photo; it turned out that Syrian photo/grapher Ahmad al-Ahmad posted it last month.

Our platform reached out to the photo/grapher; he explained that he has taken and posted the photo on his social media accounts on July 23, adding that he has not granted permission to any media agency or British magazine to publish it.

Al-Ahmad said he took the photo in al-Rahma camp in Idlib’s Kelli town near the Syria-Turkey border. He added that the child was displaced with her family from Hama’s countryside and lives in that camp.

Besides, our team did not spot the photo on British newspapers; only Arab and Syrian pages have circulated it.

More than 400,000 people have been displaced in from northern Hama and southern Idlib governorates since the end of April, the majority of those fleeing have displaced within Idlib Governorate while a smaller number have moved into northern Aleppo Governorate, said the UN last month, as Assad and Russia bombs continue to rain down on civilians in northwestern Syria.

Ahmad al-Ahmad is a Syrian photo/grapher who lives in al-Atarib town in Aleppo’s western countryside. He worked at Anadolu Agency, Halab Today TV, and other media agencies.