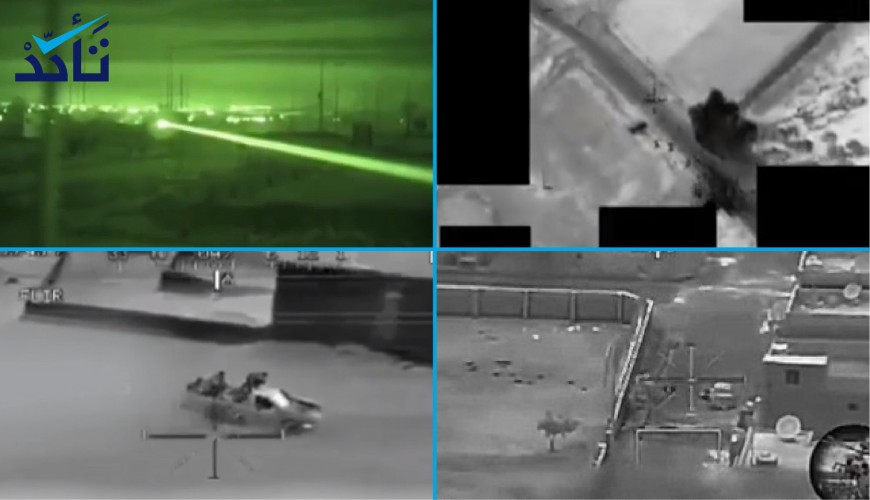 None of These Videos Show Assassination of Iran’s Sulaimani

Since the assassination of Major General Qasem Sulaimani, ex-head of Iran’s elite Quds Forces, on Jan. 3, dozens of news reports, photos, and videos covering the incident have been circulated on social media. A handful of misleading materials, however, were attributed to the incident.

Among these misleading materials is night vision footage showing what seems to be an area being targeted by machine guns. It has been claimed that the video shows the military operation by which Sulaimani was taken down at Baghdad International Airport.

The video has been widely shared on social media; EdyCohen, an “Israeli” media professional who tweets in Arabic, has also tweeted the video. 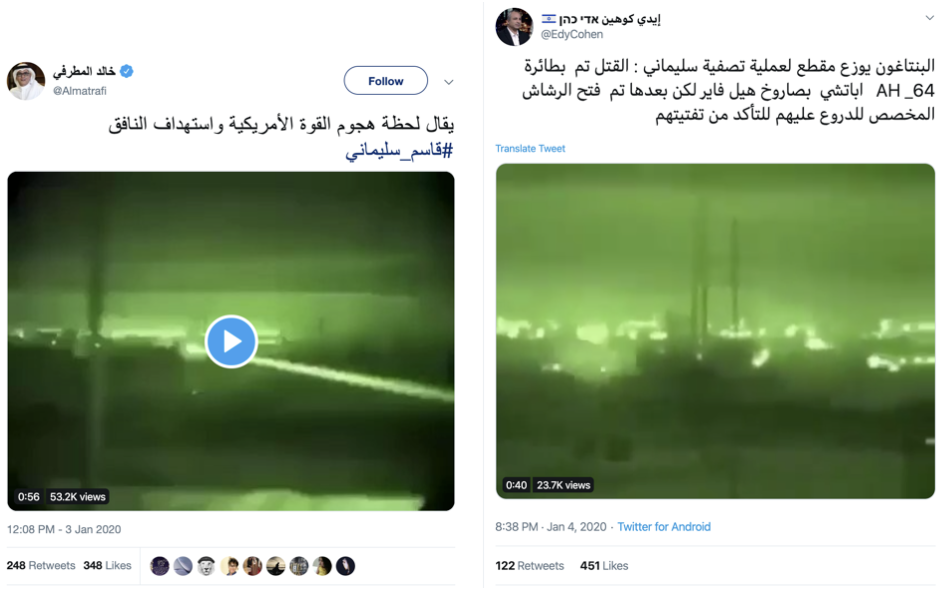 After searching for the original video, Verify-Sy Platform found out that it is not related to Sulaimani’s assassination. In fact, it is a clip taken from a 10 minutes video published in 2003. This footage captured a joint U.S.-Iraq military operation against “terrorists,” according to most publishers; the circulated clip starts at 02:56.

In addition, a drone video, which shows aerial bombing of a vehicle on a straight road, has been widely circulated on social media, with hundreds of interactions and comments on Facebook. It has been said that it shows taking out Soleimani. 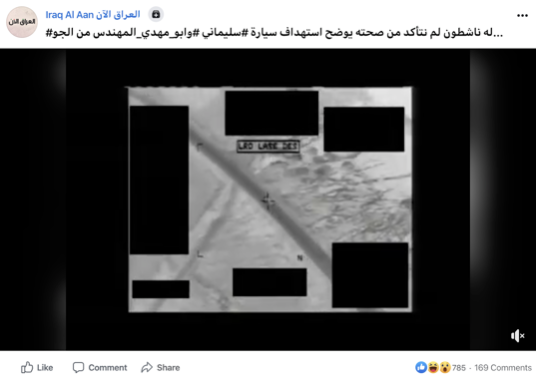 Verify-Sy Platform traced back the video to 2016. YouTube user British Defence News reported that the video captured the support provided by the United Kingdom's aerial warfare force to “Iraqi military units in Anbar province” by tracking “ISIL vehicles moving at speed on the open road” and destroying two of them with Hellfire missiles.

Another drone video, which shows an aerial bombing of a pickup truck then a shooting at those who seem to have survived the bombing, has been circulated on social media.  It has been claimed that the footage shows targeting Soleimani’s vehicle near Baghdad, the Iraqi capital. 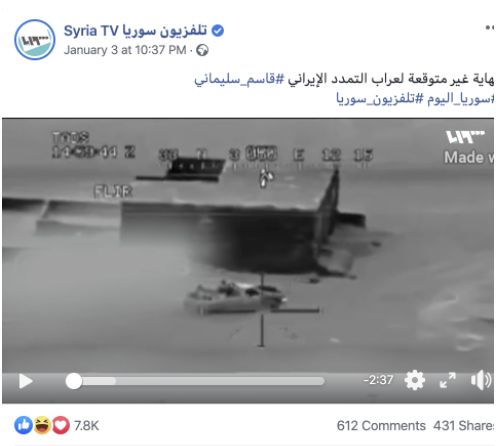 By searching for the original video, Verify-Sy found out that this footage was published almost a decade ago on YouTube under the titled, “Hellfire Missile Vs. Truck.” Our platform could not verify when or where this footage was captured. Posting it ten years ago, however, refutes its relation to the U.S. military operation that killed the Iranian general.

Another video, which shows targeting a moving object on the ground, has been recently circulated under the same claims that it shows the killing of Suleimani. However, Verify-Sy Platform found that it was published by a Russian website in 2012. Our platform could not verify when or where the video was taken.

Besides, Verify-Sy Platform spotted two different videos of the assisination of Qassem Sulaimani. The first one shows the moment Sulaimani was killed, the Guardian reported citing the Iraqi television channel Ahad TV; while the other one shows the aftermath of the U.S. strike, according to the Guardian.