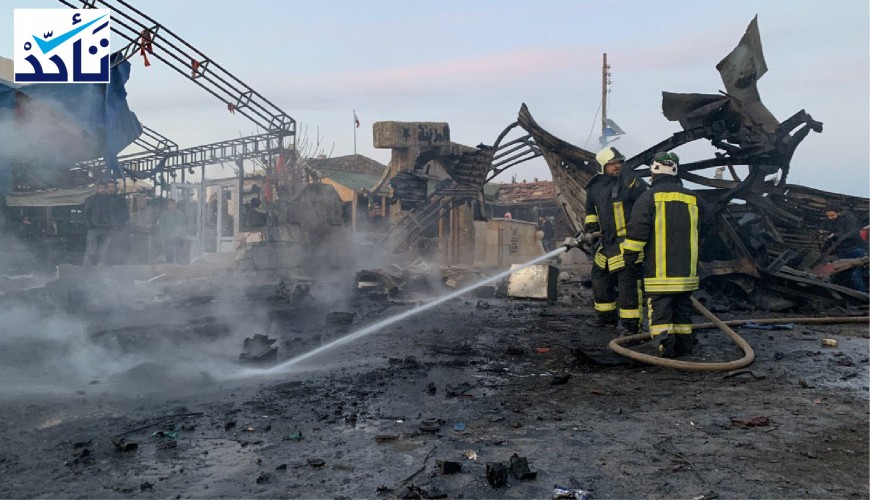 Several news agencies have reported on the car bomb that rocked the Syrian town of Azaz in northern Aleppo last Sunday, Jan. 26, 2020. It has been claimed by several media outlets and social media accounts that the incident has killed 8 people and injured others.

The Associated Press (AP), citing SANA, has included the same figures in its report, “Syrian troops reach outskirts of key rebel-held town.” Also, Alhurra, a U.S.-based Arabic-language satellite TV channel, has claimed that at least eight people were killed and over 30 others were injured in the bombing. Similarly, the Syrian Observatory for Human Rights (SOHR) has claimed that seven people were killed as a result of the incident.

Verify-Sy Platform fact-checked the news, and, on the day the blast happened, reached out to the Syrian Civil Defense Officer of Azaz, Mohammad Eisa Sheikh Kaddour, who stressed that only Jihad Ahmad Hmedi, a 14-year-old child from the town of Tal Ref'at, was killed, and 36 others were injured as a result of the blast. The Syrian Civil Defense, also referred to as the White Helmets, has posted on Facebook the names of the victims, stating that one child was killed and 36 other people were injured in the incident.

On Jan. 29, three days after the incident, our team reached out to the manager of the Syrian Civil Defense center in Azaz, Abdullah al-Aishawi, who said the civilian casualties has risen to two as Abdo Mohammad Zaidan, a 41-year-old man, has died of his injuries.