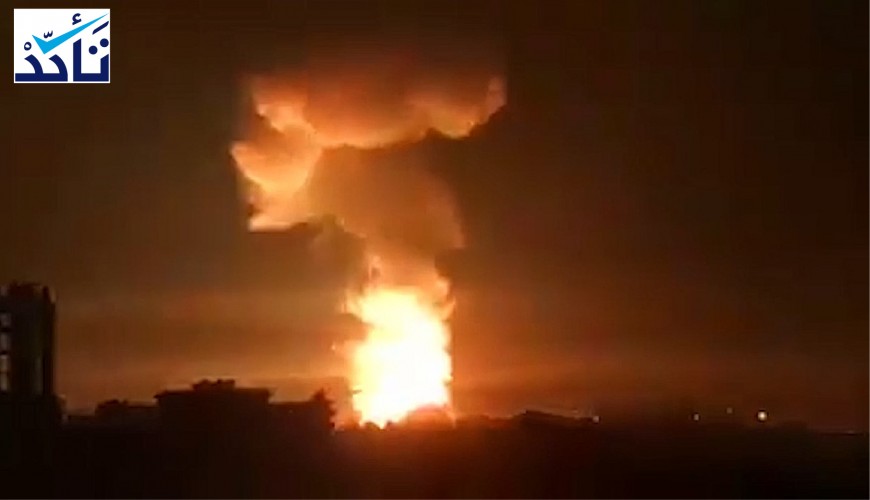 The Iranian Fars News Agency has published a video, claiming that it shows Iran’s attack on U.S. military bases in Iraq; the video shows missiles being launched and an area being bombed. 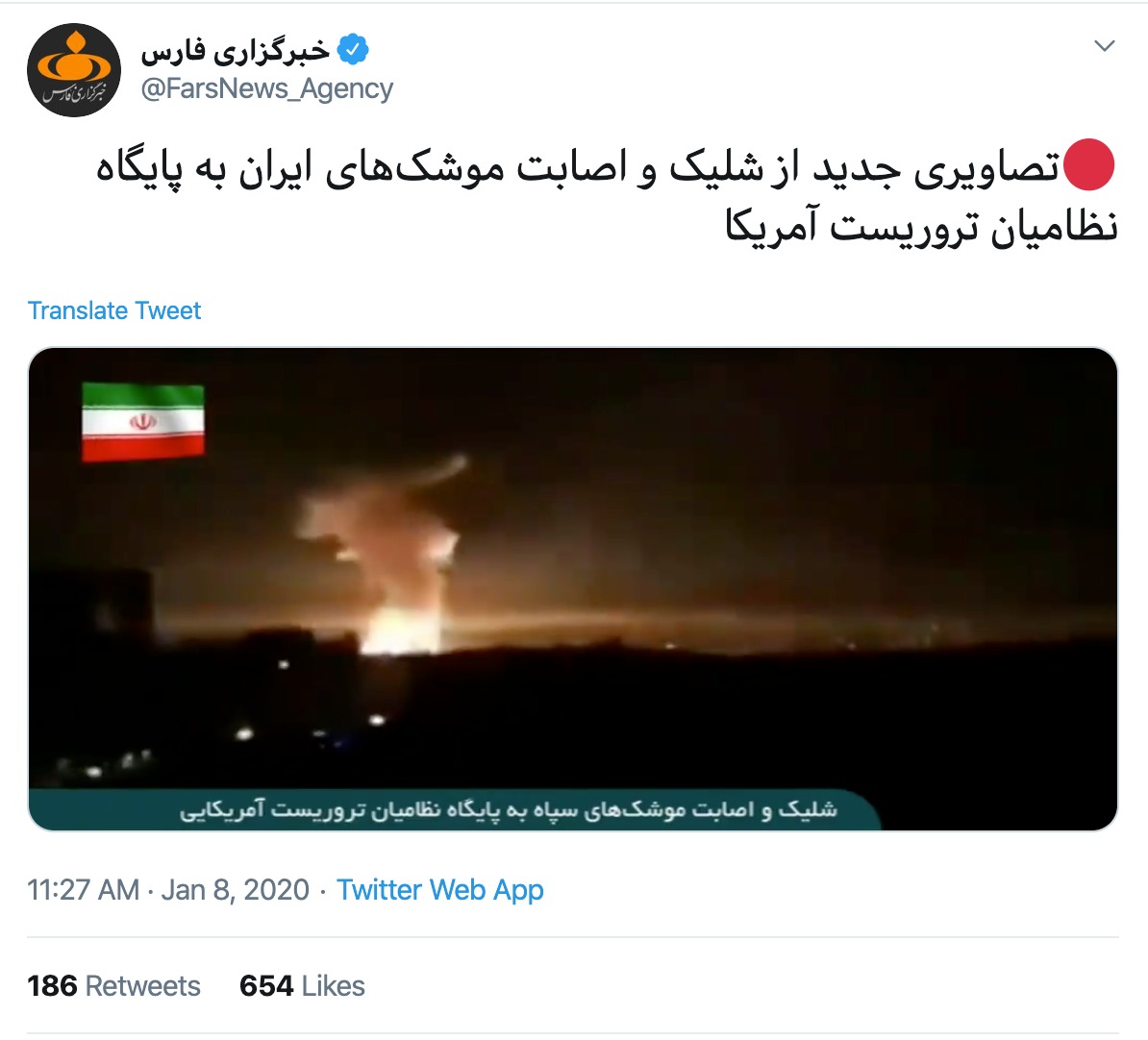 A clips from the video was also posted by RT Play Arabic, claiming that it shows Iranian missiles raining down on the U.S. Ain al-Assad air base in Iraq. 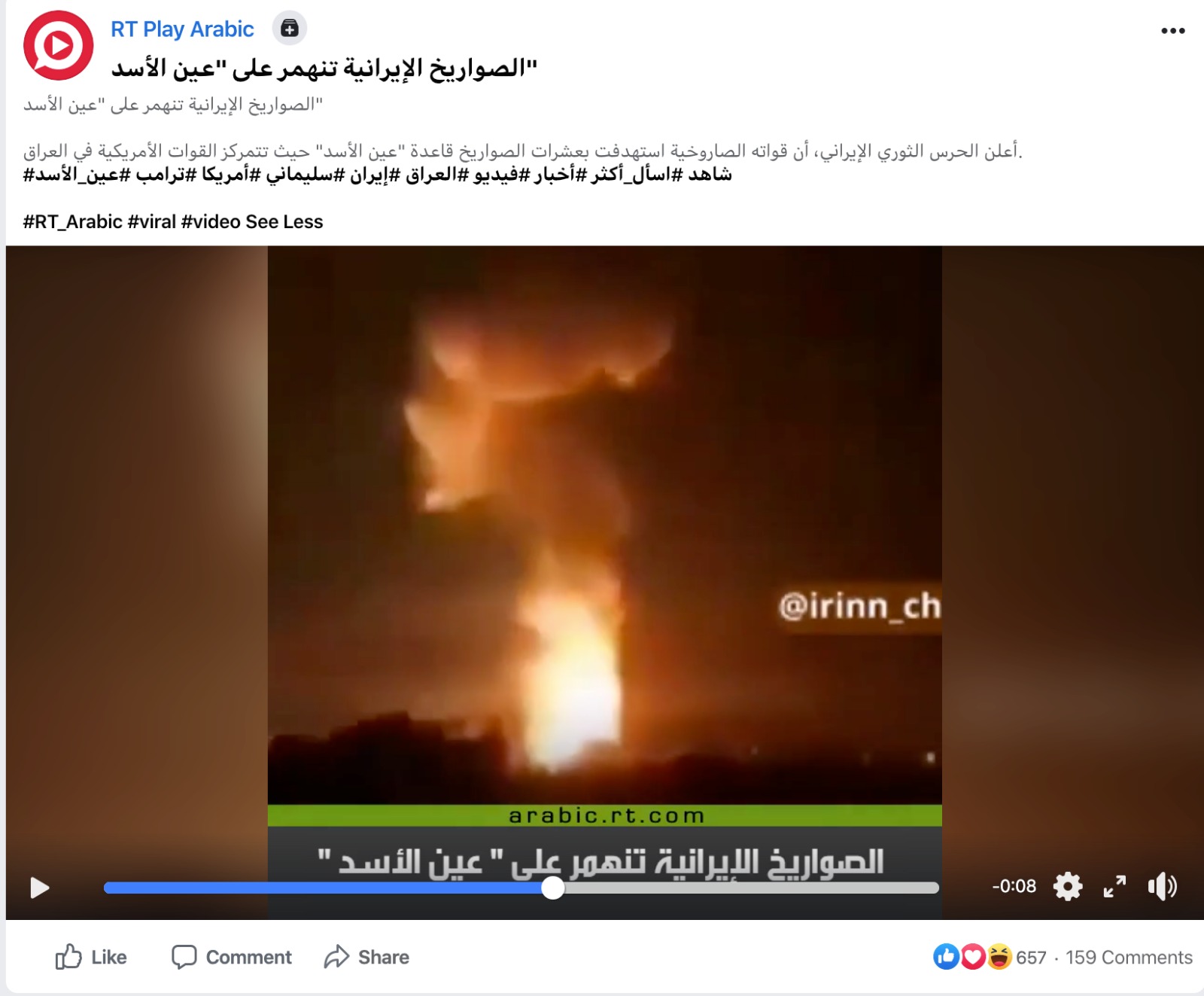 Verify-Sy Platform fact-checked the video, and found that the Fars News Agency has fabricated a 17-second clip, adding it to another footage showing missiles being launched. Rt Play Arabic has reposted the fabricated footage, claiming that it shows the U.S. Ain al-Assad base being bombed by Iran.

The footage was published on Sep. 17, 2018, and it was said to be showing unidentified missiles hitting sites of the Assad forces in rural Latakia. At the time, the Assad regime’s SANA reported that the “Syrian air defense destroyed hostile missiles coming from the Medetrnian, and intercepted a number of them before reaching their targets.”