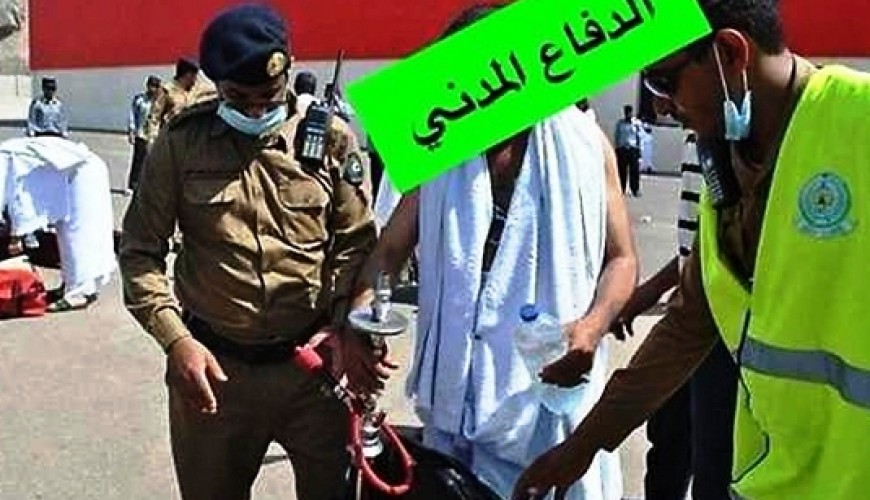 This photo on Internet since 2012

Social media pages and accounts shared phone of a man wearing Haj clothes holding nargile and next to him members of Saudi civil defense.

Verify-Sy searched for the source of the photo and it turns out it was published in many websites and blogs since 2012, the man's nationality wasn't identified who was stopped by Saudi civil defence with nargile in his bag according to Saudi newspaper We'am

We found same photo shared in many other websites some claiming hes Jordanian and others saying he's Egyptian but we couldn't verify his real nationality.

Worth to mention that 2012 Haj caused argument on Syrians Haj after Syrian regime announced stopping Haj under the pretext that Saudi Haj ministry didn't sign the deal at its time which was denied by Saudi authority at that time.